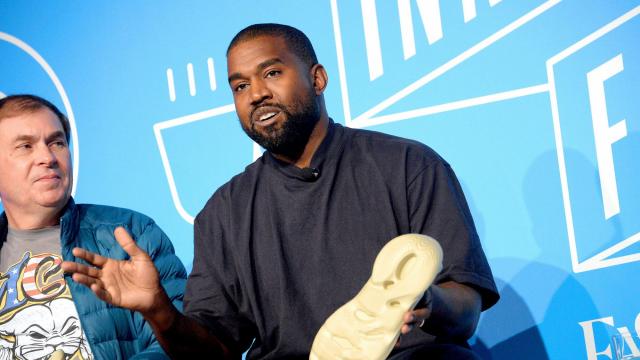 Arizona state Judge Scott McCoy ruled that the plaintiffs in an Arizona lawsuit filed Monday were likely to succeed on the merits in arguing that state law barred West from appearing on the ballot as an independent candidate for president because he's a registered Republican.

Attorneys for Maricopa County resident Rasean Clayton argued that under Arizona law, West and the slate of 11 electors pledged to support him can gain access to the ballot by gathering enough signatures only if they are "not a registered member of a recognized political party."

The suit argued that West and 10 of his 11 electors are registered Republicans.

The ruling in Arizona -- a presidential battleground where recent polls show a competitive contest between President Donald Trump and Democratic nominee Joe Biden -- came just hours after a judge in Richmond, Virginia, found that 11 of the elector oaths submitted by West in the state "were obtained by improper, fraudulent and/or misleading means or are otherwise invalid because of notarial violations and misconduct."

Richmond Circuit Judge Joi Taylor's order barred state elections officials from printing West's name on ballots and said officials in any communities where his name already had been printed must provide notice to voters that he had been disqualified.

West's campaign and his lawyers did not immediately respond to requests for comment following the decisions on Thursday.

The rulings come as questions and legal fights swirl around West's quasi-candidacy. The 43-year-old and his running mate, Wyoming-based spiritual life coach Michelle Tidball, have not engaged in traditional campaigning since West declared his intention to seek the presidency.

And Republicans, some with ties to Trump, have aided his efforts to get on the ballot in several states, fueling speculation that GOP interests are seeking to siphon votes from Biden in key battleground states.

The rapper's campaign tactics also have faced scrutiny. As CNN previously has reported, two Virginia men -- aided by a Democratic powerhouse law firm -- sued for West's removal from the Virginia ballot, arguing they had been duped into signing on as electors for the fashion and music mogul's campaign.

Virginia absentee ballots are slated to be mailed out by September 19.

Officials in Arizona counties were gearing up to print ballots as early as next week. Friday is the deadline to submit petitions to get on the ballot in the Grand Canyon State.

West's attorney filed petitions on Tuesday with Arizona's secretary of state that he said contained 57,892 signatures. In Arizona, an independent candidate for president would need about 40,000 verified signatures to qualify for the ballot.

The suit that sought to keep West off the ballot also said his slate of electors had failed to file, as required by law, statements of interest as of August 31, and that therefore any signatures gathered before that date should be invalidated.

Documentation filed with the lawsuit said 73 paid circulators had registered to collect signatures for West in the week before August 31.

In a telephonic hearing Thursday, attorneys for West argued that the statute did not properly apply to his candidacy and was meant to apply to people running for statewide office in Arizona. They argued that his electors were exempt from the statement of interest regulation.

Attorney Timothy LaSota had said that preventing West from being on the ballot would reduce voters' choices.

With Thursday's rulings, West has so far qualified to appear on the ballot in just 10 states -- too few to have any chance of capturing the 270 electoral votes needed to win the presidency.