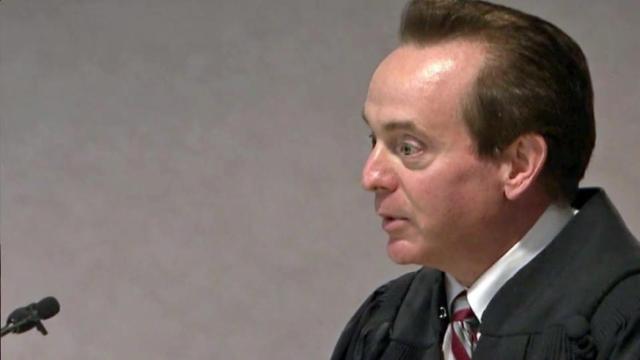 RALEIGH, N.C. — A Superior Court judge charged in a bribery sting wanted to illegally obtain his wife's text messages because he thought she was having an affair, according to a federal court motion.

Judge Arnold Jones II's attorneys are trying to get the case tossed out, arguing that the indictment against him doesn't detail any "official acts" that he performed that violate the law.

Federal prosecutors say Jones asked a deputy to obtain text messages last fall, and the pair met in Goldsboro to exchange $100 for a disk supposedly containing the texts. Jones initially offered to give the officer "a couple cases of beer" for his help but later agreed to $100 in cash, authorities said.

Jones' lawyers said in a motion seeking to dismiss the charges that he "was concerned that his wife was cheating on him" and asked the deputy for help. The deputy "saw an opportunity to further his career" and met with the FBI to set up the sting, according to the motion.

The defense argues that the indictment isn't specific as to how Jones broke the law, so they can't defend the case.

Jones was a private attorney in Goldsboro for 18 years before being elected to the Superior Court in 2008. He presides over a judicial district encompassing Wayne, Lenoir and Greene counties.