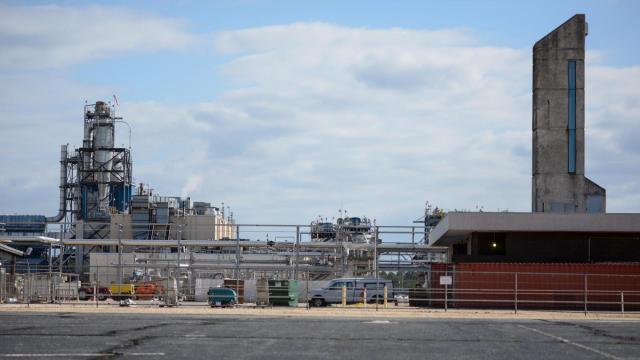 Raleigh, N.C. — A Superior Court judge Monday approved an agreement between state environmental regulators and the company responsible for the long-term discharge of a largely unstudied industrial contaminant into the Cape Fear River.

The state Department of Environmental Quality announced the new proposed consent order last week after about a month of public input on how state officials should force Chemours to stop the emissions of GenX and other related compounds into the air and water downstream of the company's Fayetteville Works plant.

GenX belongs to a family of per- and polyfluoroalkyl substances, commonly called PFAS. They're unregulated and hard to remove from drinking water. And some have been linked to cancer and other illnesses.

The company said it halted the release of GenX from its wastewater streams in the summer of 2017, following reports by the Wilmington StarNews. The coverage sparked an investigation by state officials. But in the years since, regulators have scrutinized continued spikes of the compound in water downstream caused by air emissions and contaminated soil.

It also requires DEQ to consult with water utilities downstream of the plan before approving any plans by Chemours' to tackle existing PFAS contamination.

"Today’s ruling means real relief for people who have wondered for too long when the pollution in their water would be properly addressed by Chemours," DEQ Secretary Michael Regan said in a statement Monday. "I am pleased Judge Sasser affirmed that the order will offer relief for those near the plant, downstream and all points in between."

The agreement requires Chemours to reduce GenX and other PFAS emissions by 99 percent by Dec. 31. It's a step the company says it's already begun working toward with a reconfiguration of its industrial processes at its plant on the border of Cumberland and Bladen counties in southeastern North Carolina.

"The more than $100 million investment in state-of-the-art emission control technology and remediation activity we have underway will deliver a 99% or greater reduction in air and water emissions of all PFAS compounds by the end of this year," Chemours spokesperson Lisa Randall said in a statement. "We will continue to demonstrate our progress in a transparent way as we know that actions are far more powerful than words."

Like the original version introduced for public comment in November 2018, the signed agreement includes a civil penalty of $12 million against the company, and requires it to cover another $1 million in investigative costs. DEQ says the civil penalty is the largest in its history.

Chemours, based in Wilmington, Del., reported a net income of about $1 billion in 2018, according to the company's latest earnings report, up 33 percent from the year before.