It's shocking that Jamie Dimon is urging a peaceful transfer of power. Here's why 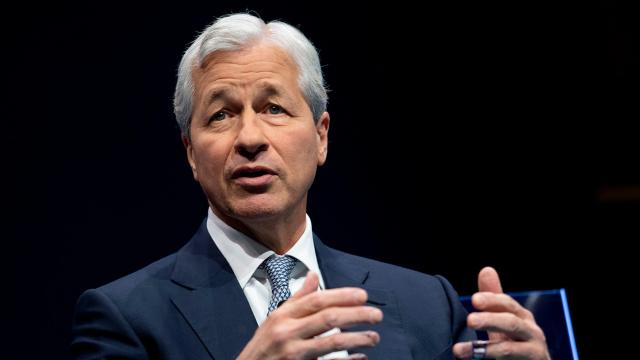 CNN — JPMorgan Chase CEO Jamie Dimon is urging all Americans this election to respect the democratic process, especially the peaceful transfer of power.

"The peaceful and stable transition of power ― whether it is to the second administration of a president or a new one ― is a hallmark of America's 244-year history as an independent nation," Dimon wrote in a Thursday memo to employees that was obtained by CNN Business.

The fact that one of America's leading CEOs felt the need to reiterate his support of one of the cornerstones of democracy is another reminder of how this election is unlike any before.

Wall Street is on high alert for signs of post-election chaos because President Donald Trump has repeatedly claimed the race is "rigged," baselessly cast doubt on mail-in ballots and at times refused to commit to a peaceful transfer of power.

"Our long history of observing and celebrating the continuation of our government is one of the most powerful symbols of that respect," Dimon wrote. "While we understand there is tremendous passion and strong opinions, the responsibility each of us has to respect the democratic process and the election outcomes is paramount. That's the power of democracy."

And yet there are real concerns among investors about a messy election that harms faith in democracy.

A contested election is the most commonly cited concern among portfolio managers recently surveyed by RBC Capital Markets, surpassing even worries about the economy and pandemic.

Last week, Fitch Ratings warned that a "departure" from the "well-understood rules and processes for the transfer of power" could cost the United States its perfect AAA credit rating.

"The potential for a disputed election result reflects deepening political polarization," Fitch wrote, "which could affect the next administration's policymaking scope and how it approaches public policy decision making on key issues."

Last week, Dimon also expressed confidence in the nation's ability to get through the election.

"I have great faith in this country and I'm sure we'll have a proper election," Dimon told reporters during a conference call in response to a question about doubts over election results.

To ensure employees have the opportunity to vote, JPMorgan recently changed its policy. The bank is giving employees up to four hours of paid time off to vote on Election Day if local polling hours don't allow them to vote before or after work.

"While this year's pandemic has changed the way some of us are casting our ballots — whether by mail, by voting early in person or by going to the polls — our fundamental right to make our voice heard remains unchanged," Dimon wrote.