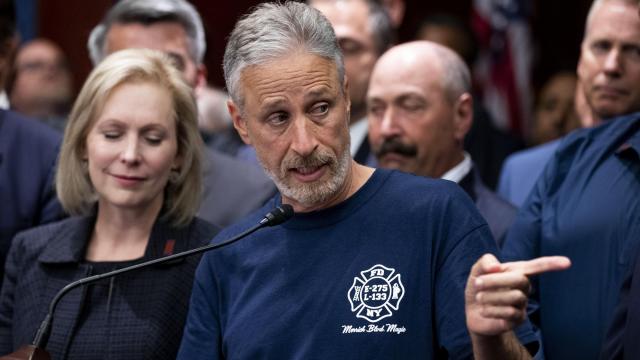 CNN — Jon Stewart is coming back to TV. Well, Apple TV+, that is.

The former anchor of Comedy Central's "The Daily Show" will host a new current affairs series for the tech company's nascent streaming service, Apple announced Tuesday. It will be a part of a new production deal that the comedian has signed with the company.

It will be the first time that Stewart has had his own regular show since leaving "The Daily Show" in 2015.

While details are scarce, Apple says Stewart's hour-long as-yet-untitled series will "explore topics that are currently part of the national conversation and his advocacy work." Each season will also have a companion podcast.

Apple did not say how many episodes each season would have, or how the episodes would be rolled out. The series is expected to kick off next year.

Apple TV+ is $4.99 a month and launched last November.