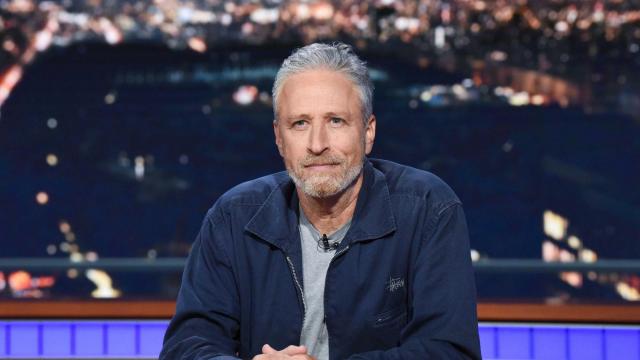 CNN — Comedian and former "Daily Show" host Jon Stewart is finally on Twitter, and his first tweet was about the GameStop-Reddit mayhem on Wall Street.

"This is bulls**t. The Redditors aren't cheating, they're joining a party Wall Street insiders have been enjoying for years.

"Don't shut them down...maybe sue them for copyright infringement instead!! We've learned nothing from 2008," Stewart tweeted, signing off as StewBeef.

The investing world has looked on this week with a mix of admiration and horror as members of a Reddit forum devoted to stock trading collectively sent shares of the seemingly moribund video game retailer through the roof.

Stewart in his second tweet offered thanks for a warm welcome to the social media platform and promised "to only use this app in a sporadic and ineffective manner."

Fellow comedian Stephen Colbert was among those who embraced Stewart's Twitter arrival, tweeting, "Well, one thing changed since 2008- a friend of mine joined Twitter."

Stewart returns soon to TV with a current affairs series for Apple TV+. It will be the first time he's had his own regular show since leaving "The Daily Show" in 2015.