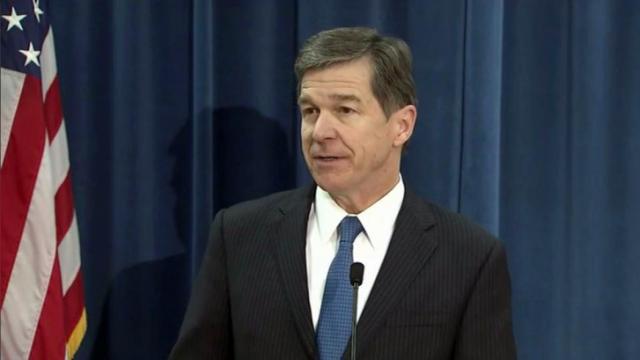 Raleigh, N.C. — North Carolina Attorney General Roy Cooper on Wednesday joined a chorus of leaders across the country to endorse a "pause" in the process allowing Syrian refugees to enter the United States.

A Democratic candidate in next year's governor's race, Cooper echoed lawmakers and governors in least 26 states, including Republican Gov. Pat McCrory, in opposing the settlement of refugees in the state following terrorist attacks in Paris last week that killed more than 100 people.

"As chief law enforcement officer of North Carolina, I support asking the federal government to pause refugee entries to make sure we have the most effective screening process possible so our humanitarian efforts are not hijacked," Cooper said in a statement issued through his campaign. "At the same time, we must not let political fear-mongering on this issue divert our attention and resources from stopping terrorists who may already be here or who are trying to get into our country in other ways."

Cooper's plea for a "pause" matched language from Republican leaders in Congress this week, who pledged work on legislation stopping the entry of Syrian refugees. Several Democrats have also said a temporary halt may be necessary.

McCrory made similar comments earlier this week, saying state officials need more information about the screening process for Syrian refugees and decrying the lack of collaboration and communication between the Obama administration and the states.

"We would trust [the federal government] more if they would tell us more about what they're doing," he said in a press conference Monday. "I want to make sure we're not opening ourselves up to a potential terrorist situation."

In a statement Tuesday, Durham lawyer Ken Spaulding, who is challenging Cooper for the Democratic nomination, said he disagreed with McCrory's "implied effort to create an absolute ban of children and mothers from North Carolina who have been running for their lives from ruthless dictators and ISIS killers." He noted, however, that "our people's security must come first," and said careful vetting of refugees is essential.

The state has settled 59 Syrian refugees to date, according to the Governor's Office.

President Barack Obama announced in September that the United States would expand the total number of Syrian refugees accepted into the country to 10,000.

Nationally, about 2,500 Syrians have settled in the U.S. since the spring of 2011, when civil war began tearing apart most of the country. According to State Department figures, about half are children and about 2 percent are single men of combat age.

State Department officials say screening for Syrian refugees is more rigorous than any other travelers entering the country and includes interviews, biometric identification and investigations to assess refugee status and security risk. About 50 percent of those who apply are accepted.

But the pushback from the State Department, as well as Obama, hasn't satisfied leaders from the local, state and national level.

North Carolina lawmakers have urged McCrory to outright refuse Syrian refugees on safety grounds, and both Republican U.S. Sens. Richard Burr and Thom Tillis called for the entire Syrian refugee program to be halted until federal officials address their concerns about the quality of background checks.

In Roanoke, Va., Wednesday, Democratic Mayor David Bowers invoked the internment of Japanese-Americans following the Pearl Harbor attacks as justification for refusing to allow refugees in the country, The Roanoke Times reported.

"I'm reminded that President Franklin D. Roosevelt felt compelled to sequester Japanese foreign nationals after the bombing of Pearl Harbor, and it appears that the threat of harm to American from ISIS now is just as real and serious as that from our enemies then," Bowers said in a statement.

A congressional commission later called those camps "a grave injustice."

It's unclear what formal action McCrory or other state leaders can actually take to turn Syrian refugees away.

In a radio interview on the "Diane Rehm Show" on Wednesday, McCrory told host Susan Page that he didn't think there was much governors can do to turn refugees away.

"We do not have a Checkpoint Charlie in the state of North Carolina," McCrory said, "and once they come in, they can go immediately to anywhere in our nation, and we don't know where they're going at this point in time."