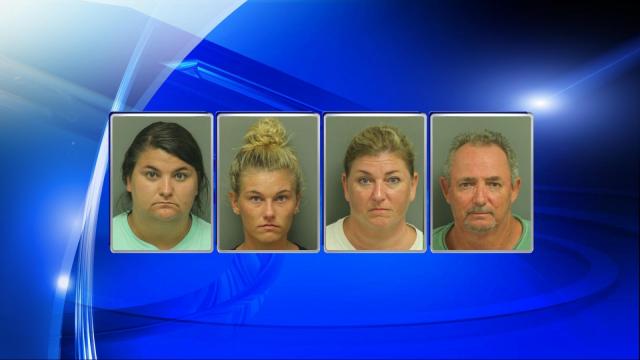 Knightdale, N.C. — A Johnston County high school teacher, and three of her family members, were arrested Friday after authorities found more than 10 pounds of marijuana in their Knightdale home.

She is being held under a $250,000 bond and was suspended without pay, according to Johnston County school officials.

Coley’s mother, Susan Pate Frost, 44, and father, Tracey Lynn Frost, 52, were charged with manufacturing marijuana, maintaining a dwelling for keeping or selling and possession with intent to distribute. Both parents’ bonds were set at $500,000.

Her sister, Ashlyn Brooke Coley, 19, was also charged Friday with two counts of trafficking marijuana. She is being held under a $250,000 bond.

All four family members were scheduled to make their first court appearance Monday.