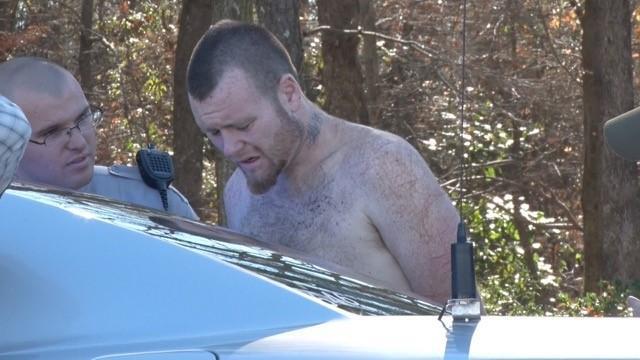 Kenly, N.C. — A Tuesday morning traffic stop on Interstate 95 resulted in the lockdown of Glendale-Kenly Elementary School in Johnston County.

State troopers attempted to stop the driver of a 2002 Ford Escape traveling north on I-95 for a seatbelt violation. The man failed to stop and a chase ensued. Authorities said that the driver continued driving north on I-95, took exit 106 and traveled across U.S.Highway 301 before crashing. The driver and a female occupant fled on foot while a third occupant remained in the vehicle and was taken into custody for questioning.

The man and woman who fled later stole a tow truck and crashed it just inside the Wilson County line before fleeing on foot again.

Wilson County sheriff's deputies and a K-9 unit captured the man around 11:15 a.m. Police said that the Ford Escape had been stolen from West Virginia.

The woman who fled was also captured at a later time.

No one at the school or involved in the chase was injured.

The driver was identified at James Michael Bostic, 24, of 630 Grant Street in Charleston, West Virginia. He was charged with driving without a license, not wearing a seatbelt, having fictitious registration plates, reckless driving, felony speeding to elude, two counts of felony possession of a motor vehicle, misdemeanor possession of drug paraphernalia, and resisting an officer.