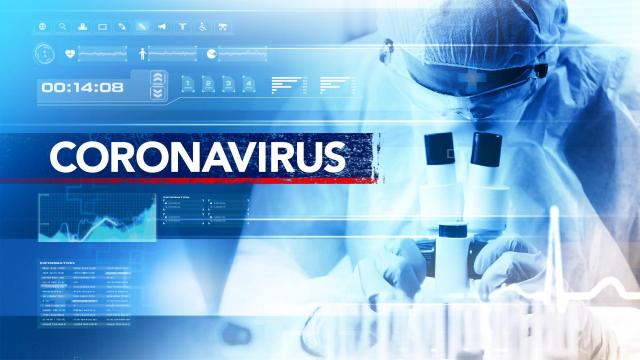 CNN — Drugmaker Johnson & Johnson said Monday it has paused the advanced clinical trial of its experimental coronavirus vaccine because of an unexplained illness in one of the volunteers.

"Following our guidelines, the participant's illness is being reviewed and evaluated by the ENSEMBLE independent Data Safety Monitoring Board (DSMB) as well as our internal clinical and safety physicians," the company said in a statement. ENSEMBLE is the name of the study.

"Adverse events -- illnesses, accidents, etc. -- even those that are serious, are an expected part of any clinical study, especially large studies." The pause was first reported by Stat News.

Johnson & Johnson's Janssen vaccine arm is developing the shot. The company did not say what the unexplained illness was, but one point of clinical trials is to find out if vaccines cause dangerous side effects. Trials are stopped when they pop up while doctors check to see if the illness can be linked to the vaccine or is a coincidence.

"Based on our strong commitment to safety, all clinical studies conducted by the Janssen Pharmaceutical Companies of Johnson & Johnson have prespecified guidelines. These ensure our studies may be paused if an unexpected serious adverse event (SAE) that might be related to a vaccine or study drug is reported, so there can be a careful review of all of the medical information before deciding whether to restart the study," the company said.

On Tuesday, the company said it was still not known if the illness was in someone who got the vaccine or who got the placebo.

"We are now awaiting further medical information and evaluation, which we will then forward to the DSMB for further independent recommendations," Mathai Mammen, Global Head of Research and Development at Janssen, said Tuesday on the company's third quarter earnings call.

Further, as many trials are placebo-controlled, it is not always immediately apparent whether a participant received a study treatment or a placebo."

Such a pause is not immediately concerning, agreed Dr. Ashish Jha, the dean of the Brown University School of Public Health."This is completely expected, and it's just a reminder how ridiculous it is to try and meet a political timeline of having a vaccine before Nov. 3," Jha told CNN's Chris Cuomo.

"The Johnson & Johnson trial is the biggest trial of the vaccine that I know of -- 60,000 people," Jha said. "Within that trial you'd expect a few pauses."

The drugmaker said there is a "significant distinction" between a study pause and a regulatory hold on a clinical trial.

"A study pause, in which recruitment or dosing is paused by the study sponsor, is a standard component of a clinical trial protocol," Johnson & Johnson said.

This is the second Phase 3 coronavirus vaccine trial to be paused in the US. AstraZeneca's vaccine trial was paused last month because of a neurological complication in a volunteer in Britain. While the trial resumed there and in other countries, it remains paused in the United States while the US Food and Drug Administration investigates.

"We want the vaccine to be safe and we've got to let the process play out and it's going to take a while," Jha said. "To me it's reassuring that companies are acting responsibly and pausing when they need to."

Johnson's Phase 3 trial started in September. It's one of six coronavirus vaccines being tested in the US, and one of four in the most advanced, Phase 3 stage. It requires just one dose of vaccine, so federal officials have said they hope testing may be completed a bit faster than other vaccines, including those being made by Moderna and Pfizer, which require two doses.