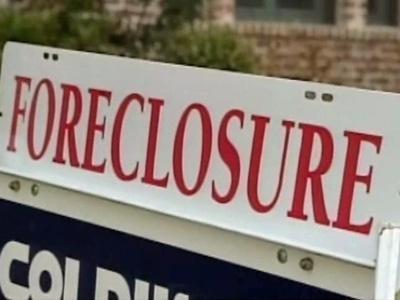 EDITOR’S NOTE: John Railey is the senior writer and community relations consultant for Winston-Salem State University’s Center for the Study of Economic Mobility. He is the former executive director of The Partnership for Prosperity, an initiative fighting poverty in Winston/Salem Forsyth County, and the former editorial page editor of the Winston-Salem Journal.

Evictions and foreclosures are big problems with ripple effects nationwide. Families lose stability, credit histories are ruined and children are uprooted from their schools.

The data is chilling. A 2016 Princeton study found Winston-Salem was 16th in the nation for evictions, more than 3,000 annually -- almost nine a day. In December 2019, Forsyth, as usual, led the five-county Winston-Salem metropolitan area with 121 foreclosure filings, up 11 percent from a year ago and down four percent from November, Richard Craver wrote recently in the Winston-Salem Journal, citing a report from Attom Data Solutions.

Educators from Wake Forest University’s Environmental Law and Policy Clinic and Winston-Salem State University’s Center for the Study of Economic Mobility are confronting problems of property rights through collaborative research backed by New America, a nonprofit based in Washington, D.C., that promotes research nationwide that policymakers can use in confronting problems.

The Forsyth County research, one more alliance emerging in the local poverty fight, has just begun. It is being done by two law school students from the Wake clinic and is aimed at establishing the causes of property insecurity and its effects. The clinic, just as the economic mobility center, realizes that student involvement is a bedrock in confronting longstanding problems like property rights.

“If you don’t have security in your house, you’re going to have real trouble building wealth and security in your children’s schools, and it’s going to have all kinds of additive effects that make it really difficult to have a good social, economic and environmental effects,” said Scott Schang, the director of Wake University School of Law’s Environmental Law and Policy Clinic. “The disparities between west Winston-Salem and east Winston-Salem really caught my eye.”

CSEM is advising Schang’s clinic on the research. CSEM has already discovered some troubling trends on its own. For example, CSEM Research Analyst Ben Lewis found that predominantly Hispanic Census tracts experienced significantly higher eviction rates than predominantly white and African-American Census tracts during the peak of the Great Recession.

The two students from the Wake clinic, Alex Cattermole and Roderick Seltzer, have started to conduct their research, going out in the community and interviewing people involved in property rights, particularly experts in service organizations and government who interact frequently with people subject to eviction and foreclosure. Cattermole, who majored in economics at Gettysburg College, took a class there studying cyclical poverty in South America. That led him to undertake the project in Forsyth County. “I thought this project would study similar issues and would be a good reminder that issues we think only happen in other parts of the world exist not too far away from us,” he said. “Hopefully, this project will inform people that there are huge disparities in our own community.”

Schang hopes the interviews will be done by early April. Then, he said, he will consult with CSEM and New America on what their next steps will be.

The other groups in this nationwide research partnership are DataKind (a global nonprofits that mines data for social justice work), the Knowledge Exchange for Resilience at Arizona State University and New American Local, a Washington-D.C.-based nonprofit that concentrates on bringing widespread public awareness to innovative, local solutions to public problems. New America CEO Ann-Marie Slaughter said in a press release: “By visualizing the extent of property insecurity and loss across America and telling the stories of those affected, this project is an important step toward positive policy change.”

The Wake clinic and CSEM are two of just a few organizations nationwide selected for this project. Their collaboration is part of a growing effort to confront poverty in Winston-Salem/Forsyth County, an effort that involves institutes of higher learning, community foundations and other nonprofits, as well as municipalities. Such unity is crucial in the long road of challenges ahead, in Forsyth and the rest of the country.