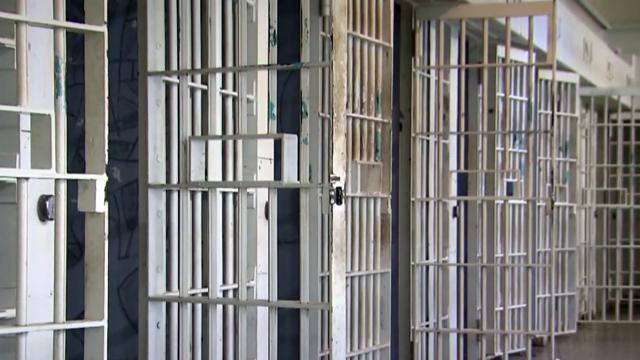 They come out blinking at the free world, nervous, anxious, and although most will not admit it, afraid. Prison has forged them.  Released offenders face the challenge of making it outside the walls.

“You forget how institutionalized you have become,” said 49-year-old Robert Martin of Winston-Salem who did ten years in prison on convictions of cocaine dealing.  “You’ve been told what to do, when to do it and where and how.  Now, you can do what you want.  You get out on the street, you don’t know how to handle it.  Once you come home, you don’t want to listen to no one.  That’s why some people go back.”

More than 25 percent of released offenders return to prison. One hurdle they face is finding and keeping a job.  That is aggravated in these pandemic days with fewer jobs available.  “I just need an opportunity, but I can’t even get it,” said Steven Lee Sweat of Winston-Salem, who was recently released after spending 10 years in prison on a robbery conviction.  “This Corona virus kind of messed things up, too.”

There is increased pressure on released offenders. Not having a job can be a factor in their being sent back to prison.

Many employers are loath to hire felons. While many felons who are hired turn out to be good workers, others have problems adjusting.  For example, many are hired at fast-food restaurants, where the expectation is that workers have a friendly demeanor.  Often, to survive in prison, inmates adopt a tough exterior that is hard to shake.  There are other pressures some released offenders feel, such as not wanting anyone to walk up behind them unannounced.

Douglas Bates, a Fellow at Winston-Salem State University’s Center for the Study of Economic Mobility, is researching a strategy to ease that transition.  Re-entry initiatives, basic to economic mobility, have been a bedrock from the Center’s inception three years ago in September.  Bates, an assistant professor in WSSU’s Department of Social Work, and Center staff designed a survey for released offenders to measure the extent to which they have been impacted by their time in prison.  Bates says businesses might use the surveys in designing training programs for the released offenders they hire and programs for managers of those employees.

In his application for his Fellowship, Bates wrote that as of 2018, there were “100,000 individuals within the state of North Carolina that are on probation and parole. … But as these individuals are being released from prison, are they receiving the proper treatment and attention to help alleviate any psychological or emotional pain they experienced while in prison?”

This summer, Bates, students and local organizations involved with released offenders are distributing the surveys. Bates mapped out the plan for the survey before the pandemic hit.

Keith Antonia McQuinn Wagner, 50, of Winston-Salem agreed. “A lot of guys that get employment, they don’t keep it long because of problems of adjustment,” said Wagner, who has adjusted to the working world after spending 25 years and 10 months in prison on a 1995 first-degree murder conviction.

When he first went to prison at age 24, Martin said, he slept with a fork in one hand to guard against potential attacks by fellow inmates in his dormitory.

The hard legacy of life inside haunts as offenders try to find jobs. “You’re used to doing the same thing, over and over, you know what I mean?” Wagner said.  “They get out, and it’s like going from the frying pan to the fire.”

For some released offenders, the institutionalization and repeated job rejections and/or failure to adjust to low-paying jobs leads them back to prison.

“You work a while, then there’s the thought you aren’t making enough money and the thought of how you can get money is always drawing you back to drug dealing,” said Martin, who was in and out of prison before finally getting straight. “That kind of money, it’s hard to back away from. It deterred me from work.  I knew the consequences of getting caught.  I always thought the first time I went to prison was the worst thing that could have happened, because I realized I could handle it. In prison, people are going to mess with you, regardless, but I had the mentality, I’m not a pushover.  I always took care of myself."

Family support is important, say released offenders and those who work with them. But sometimes, offenders do not have that support.

The men interviewed for this story got help from Forsyth Jail and Prison Ministries and Project Reentry. A program offered by the city of Winston-Salem also provides guidance.

Sweat, 32, said he has been on several interviews. He tells potential employers about his record . “I am honest with them: As a young man, I made mistakes. They look at you, saying ‘Well, we’ll call you, but you never hear from them. I did my time and I learned right from wrong. I just need an opportunity but I can’t even get it.”

Wagner said that the prison system’s Mutual Agreement Parole Program (MAP) helped him to plan a future outside prison. “You sit down with them and they suggest things they think you should do to get out,” he said.  He had a drug and alcohol problem when he committed his crime, he said, and he participated in drug and alcohol treatment programs in prison.  Taking part in work release also helped, he said. “A lot of guys are not fortunate enough to do that while in prison,” he said.

Once out, he started applying for jobs. “It’s a lot of companies that are felon-friendly, then you got some that are not,” he said.  He said he listed his felon status on job applications, and still got called back, finally accepting a job at Ashley Furniture that he has held for almost a year.

The city and the county of Forsyth have both embraced Ban the Box, a policy by which job applicants are not required to divulge criminal records until the later stages of the hiring process, so that those records are not an immediate bar to hiring. Locally, many private employers have not embraced that policy.

Wagner was fortunate, he said, in that he had strong family support.

Martin said that, when he first got out, in 2012, he returned to his hometown of Jonesville. He found a girlfriend, he said, then they broke up. For almost two years, he walked five miles, each way, to a low-paying factory job, when he could not find a ride. He kept searching for something better. “That area is old-school, you know, when it comes to people of color and you coming from prison. People look at you funny.”

He always checked a box on job applications indicating he had a felony. “They’re going to find out anyway,” he said.

Finally, in 2016, he said, he landed a good factory job. He started at $13 an hour, he said, and now makes $21 an hour as a machine operator.  He has married and reconnected with the children he left behind, he said, four girls and three boys, some grown, the youngest 15.  “Back then, it thought it was all about me.”

“It took a long time, but things worked out really good this time,” he said.

There are still hurdles . He is not over being institutionalized. “Inside, I had two to three minutes to shower. I still do that. I’ve been out over seven years.  When I eat, it doesn’t take me long, going by the prison timing. And that’s part of me. My wife has to tell me, from time to time, you’re out of prison. I say, ‘I hear you honey.’ But sometimes, it’s just hard to get out of your system.”

Something else bothers him. He has studied business management at Surry Community College and at the online DeVry University, he said, has attained a bachelor’s degree from DeVry and is working toward a master’s degree from that school, but that has not advanced his career. “I’m getting stonewalled. Knocking down that door is hard. How do we bridge that gap?  Especially when you start getting to be my age. How can we cross that bridge and get into business? The American dream is to work a 9-to-5. What can’t I do that? People are dragged back when they try to do good.”

Released offenders hunting jobs in general, he said, get frustrated. “That’s what drives people back to doing what they were doing. They don’t want to go back. Sometimes they’re forced back because they can’t do any better.”

The Center's re-entry research is important, he said. Martin said: “Anytime you can get somebody back into society, that’s needed.”