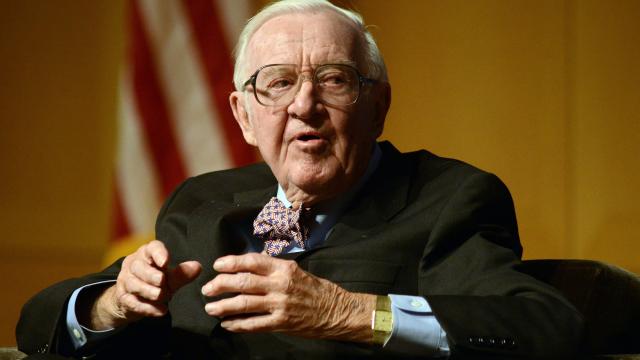 (CNN) — Retired Supreme Court Justice John Paul Stevens wrote that he decided to step down from the court after a "mini-stroke" during his dissent in the Citizens United case, according to The New York Times.

"That was it," he told the Times. "I made the decision that day. After I went to see the doctor, I sent a letter to the President right away."

The Times interview published on Monday with the 98-year-old former justice comes as Stevens plans to release a memoir of his lengthy legal career next year. Stevens wrote that he had not realized at the time that he "had suffered a mini-stroke" during his dissent in the landmark 2010 campaign finance case, according to the Times.

But while the moment would lead to Stevens' decision to leave the court, he remained firm in the interview on both his opposition to the majority opinion in the Citizens United case and his belief that there should not be term limits for the Supreme Court.

"It presents an arbitrary termination point for a justice's service," he told the Times. "I know I, of course, would have served a substantially shorter time if there had been term limits."

The Citizens United case is one of several campaign finance cases taken up by the court that have eased restrictions on campaign spending, and Stevens penned a lengthy dissenting opinion against the majority's ruling at the time. Just months later, he would announce his decision to retire, leaving then-President Barack Obama the second vacancy of his presidency to fill on the court.

Stevens was appointed to the court in 1975 by President Gerald Ford and came to be considered a key liberal justice for decades before his retirement in 2010.

Stevens has spoken out on several occasions this year, penning an op-ed arguing for repeal of the Second Amendment and suggesting ahead of Justice Brett Kavanaugh's confirmation that the Senate should not approve him for the court.