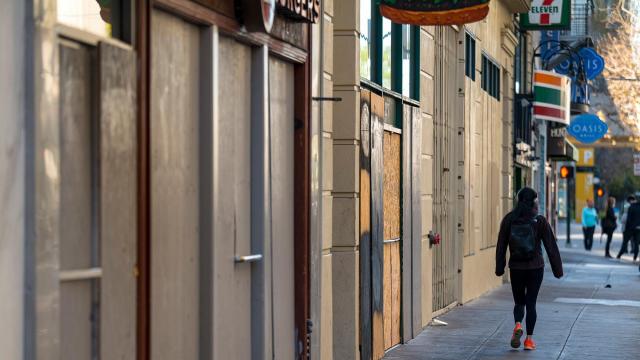 CNN — America's job market recovery ground to a halt in December, making President-elect Joe Biden's task to repair the economy that much harder.

The US economy shed a staggering 140,000 jobs last month, the Bureau of Labor Statistics reported Friday — a far worse outcome than economists predicted.

The increase in Covid-19 infections, as well as the virus-containment measures states have had to take, are at the root of the worsening labor market conditions, the BLS said.

The leisure and hospitality industry — which was hit hardest by the pandemic because of the face-to-face nature of the business — lost nearly half a million jobs in December, most of them in restaurants and bars.

Overall, the US economy is still down 9.8 million jobs since February.

Biden has his work cut out for him when he enters office later this month. That said, even if the report had met economists' predictions, it would have looked dire.

The jobs recovery, which was buoyant in the summer, has slowed down for months.

Workers who have lost their jobs through no fault of their own still need the government's help to make ends meet. And while the stimulus package that was signed into law in the final week of 2020 extends and expands jobless benefits, more work likely remains to be done.

The Democratic sweep of the Senate, which gives the party both the White House and Congress, paved the way for a swift implementation of Biden's economic agenda, which will likely include more stimulus in the near-term. Biden also plans to pour dollars into the infrastructure and clean energy industries to create millions jobs in the medium and long-term.

This is a developing story. It will be updated.