TIMOTHY EGAN: Joe Biden's stutter is his superpower; He can face down a bully 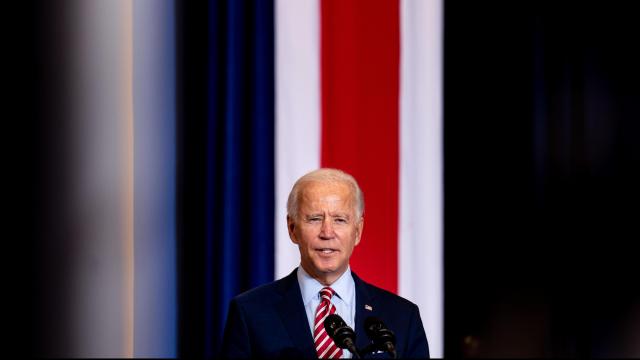 EDITOR'S NOTE: Timothy Egan is a New York Times contributing opinion writer who covers the environment, the American west and politics. He is a winner of the National Book Award and the author, most recently, of “A Pilgrimage to Eternity.”

In school they called him Stutterhead and taunted him with “H-H-H-H-Hey, J-J-J-J-J-Joe B-B-B-B-Biden.” He felt shame and embarrassment and was afraid people would think something was wrong with him. Early on, he learned who the bullies were and plotted his revenge. In the first of three presidential debates next week, he will face off against the world’s most powerful bully, a gutter-dwelling man allergic to decency. If the past is any indication, President Donald Trump will belittle his opponent for what Biden calls “the only handicap that people still laugh about.”

Please do. For here’s the thing, folks, as Biden would say: The Democratic presidential nominee is at his best when making a virtue of the rough edges of his humanity. Embracing a lifelong struggle to overcome a stutter, and the stumbles that have happened along the way, Uncle Joe is a hard man to dislike.

In that same vein, Biden has finally gone where Hillary Clinton would not, but should have: straight at Trump’s whiny rich-kid privilege. “I spent a lot of my life with guys like Donald Trump looking down on me,” Biden said last week. “These are the guys who always thought they were better than me, better than us, because they had a lot of money.”

You might think, given Trump’s refusal to rule out the unthinkable, like obstructing a peaceful transfer of power, that Biden’s propensity for word-lock is a small thing. There’s just so much in the how-low-will-he-go file, so why dwell on style points?

But it goes to the core dynamic of the race: Trump is a horrible human being. He has ridiculed the disabled, fat-shamed women, dismissed those who are sick and insulted war heroes; he speaks unkindly of the dead. He’s better than other people, he says, because he has more money and a bigger house.

And he shows just how small of a man he is whenever he attacks Biden’s stutter, as he did recently, saying his opponent is angry because “that’s what happens when you can’t get the words out.”

There will be a moment, maybe two, on Tuesday night when Biden’s eyes will flutter, his lips will purse, and millions of people will hold their breath waiting for … a sentence! Fear not, for candidate Biden learned long ago, from little boy Biden reciting Yeats in front of a mirror, how to slow down, adjust his cadence and roll with the words. He recalled his mother telling him, “Joey, don’t let this define you.’’

“I was afraid if people knew I stuttered,” he said, “they would have thought something was wrong with me.” He’s watched “The King’s Speech,” about George VI’s struggle with a debilitating stammer, many times. And he’s mentored children, most recently Brayden Harrington, who said in an August video that Biden “told me we were members of the same club: We stutter.”

But even if Biden freezes up and slow-chops his answers Tuesday, or says something that gets labeled a gaffe, it won’t hurt him. More likely, it’ll help him. In the choice between an authentic man grasping for words or a preening fraud, the first will usually win.

The great fear of people who stutter, as John Hendrickson wrote in a terrific article in The Atlantic on the subject, is the perception of them as “fearful, anxious or simply dumb.”

Trump wants you to think Biden is senile, out of it, “dead as a rock.” And behold, just as Biden has defied this caricature with a series of crisp, tight, moving speeches of late, Trump has only one explanation for it: saying without evidence that Biden must be taking performance-enhancing drugs.

“They give him a big, fat shot,” Trump said last weekend, “and he comes out and for two hours he’s better than ever,”

Trump should talk. Or try to talk. This is the president who confused 9/11 with 7-Eleven, who gave us covfefe, the nation of Thighland, and that great national park, Yo-Semite. His word choice, as he wrote, is unpresidented.

And when he does pronounce things properly, his words could not be deadlier or more wrong. To the horror of makers of Clorox and Lysol, he suggested that people ingest household disinfectants as a coronavirus treatment. This week, as the death toll for the pandemic in the United States passed 200,000, he said, “It affects virtually nobody.” Those nobodies, the ones who are still with us, will have something to say about that characterization on Nov. 3.

Franklin Roosevelt was something of a dandy, and certainly a man of soft-handed privilege, when he got polio at the age of 39. The months he spent in bed simply trying to move his toes helped him see the world in a way that those born on third base typically do not.

The stutter is the source of Biden’s empathy. From his stutter, Biden has said, he developed “an insight I don’t think I ever would have had into other people’s pain,” and a life-motivating chip on his shoulder against men like Trump. In this fight, it’s Biden’s superpower.