Job promises miss the mark, but come in under budget

Raleigh, N.C. — In the wake of the 2008 recession, about four of every 10 of the jobs state officials hoped to lure to North Carolina with the promise of millions in taxpayer money failed to materialize, new Commerce Department data show.

A WRAL News analysis of grants from the state's two largest incentive programs, the Job Development Investment Grant and the One North Carolina Fund, shows that more than one-third of the companies that announced relocations and expansions failed to hire a single worker. The analysis covers grants awarded from 2009 through 2012, under the administration of former Democratic Gov. Bev Perdue.

Almost all of the grants during that period have closed out or finished their hiring window. Yet companies aren't getting paid for jobs they don't create: North Carolina has paid out only about 25 percent of the taxpayer money initially committed under the programs.

Commerce officials say this shows the programs promote economic growth while holding companies accountable for achieving their job targets, unlike other states that award companies cash upfront. But critics of incentives on the left and the right say the programs do little to impact long-term job creation. Now, amid a multi-state battle for Amazon's new headquarters, they say past missed targets are important to remember when calculating what to offer the tech giant in exchange for job promises.

"It's not surprising that such a large percentage of these companies produce [few] or no jobs," Joe Coletti, a senior fellow at the conservative John Locke Foundation, said. "For the companies, as it is for the state, it's more about the appearance of doing something rather than actually doing something." 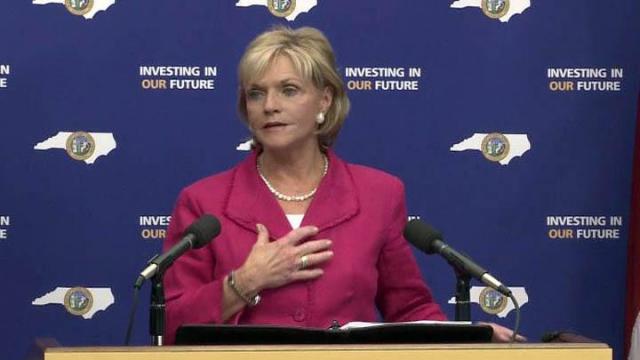 In a report issued to state lawmakers every October, the Department of Commerce tracks the performance of each of its incentive programs and the number of jobs actually created by each company, according to payroll tax records.

Methodology: Do jobs promises pay off?

Of the 279 projects Perdue's administration announced, 97 of the firms haven't created a single job.

In her announcements, Perdue promised the creation of 43,000 jobs during her tenure. Data show that 57 percent of those jobs – about 24,700 – have been created.

Commerce Secretary Tony Copeland said those results largely track with trends dating to the genesis of the incentive programs in the early 2000s. Because they're based on company performance and not paid upfront, he said, even the creation of six jobs out of every 10 announced is a win for the state's economy.

"In that regard, you've got 60 percent more of those jobs than when you started," Copeland said. "I would call that a success."

Companies in 57 projects hit or exceeded their job targets. Nine manufacturers – among them those in Durham, Rockingham and Johnston counties – hired more than twice the number of workers than they said they would.

The structure of the state's incentive programs, which return a portion of the payroll taxes on jobs already created, mean that the state spends much less than it originally expects on most projects. Only 25 percent of the projected cost of the grants has so far paid out – a price tag of $102 million for about 25,000 jobs.

Copeland said that's important, because it ensures that taxpayer money is protected.

"The state does not pay money to companies that don't produce," he said.

Given the total actually paid out, the projected cost for incentives under Perdue dropped from about $9,700 per announced job to an actual cost of $4,100 per created job.

Donald Bryson, state director of the conservative group Americans for Prosperity, said if North Carolina is going to have incentive programs, structuring them with performance measures and so-called clawback provisions to recover money is the way to go. But he said it's not surprising that the programs fall short of their projections.

"The government just doesn't have enough knowledge to figure out what is a good investment and what's not a good investment," Bryson said. "How do we know we're investing in the right company?"

When jobs are created, it's hard to know for sure whether incentives closed the deal – even though company executives must sign a statement saying they wouldn't be expanding or relocating in the state without the money.

"The implicit argument is that the firms would not come here if not for the incentives," said Mike Walden, the North Carolina State University economist who developed the model state officials use to calculate the potential benefits of each incentive project. "We don't know if that's true or not, but that's the argument."

That uncertainty, critics say, makes it difficult to know whether jobs fueled by incentives would have been created anyway.

"Companies are going to go where it makes business sense for them to go," Coletti said. "Incentives may make a marginal difference if everything else is exactly equal, but most of the time, the company is going to do what it does anyway."

Advocates for conservative causes like fewer regulations, smaller corporate tax rates and more competitive educational opportunities argue these factors more aggressively recruit companies and treat them equally across the board.

"There's no way to measure what the opportunity costs would have been had we simply cut taxes by that amount," Bryson said. "How do we know we've optimized the number of jobs we created otherwise?"

Left-leaning groups have their own complaints about the programs. Although he said North Carolina's programs are among the country's most cost-effective, Allan Freyer, director of the Workers' Rights Project at the liberal North Carolina Justice Center, said the data appears to show economic developers aren't making the most out of every deal.

"If any other program in state government was to only deliver six out of 10 successes, that is a program the legislature would close down," Freyer said.

Instead, he said, organizations like his advocate growing the economy through investments in K-12 education, infrastructure and job training.

Copeland said it would be "naive and irresponsible" to judge incentive programs like JDIG and One North Carolina in a vacuum. The grants are offered with other services with wider benefits, such as expansions to water and sewer services and community college training programs. He added the incentives also exist alongside broader initiatives to address infrastructure, education and other factors that attract employers.

"We have an obligation to try to recruit various industries, to recruit a diverse workforce," Copeland said. "I don't think any state is going to sit on their hands."

It's one of the few issues that seems to unite conservative and liberal groups on one side against office holders on the other.

"I think all sides are right. They're awful and shouldn't happen," Coletti said. "But from a politician's perspective, it's hard to say, 'We're creating jobs that you don't see,' versus, 'We brought in MetLife.'" 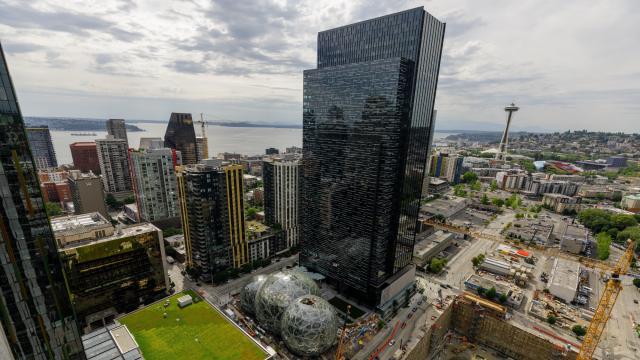 Those optics mean even incentive critics say they find it hard to imagine the use of the programs dying down any time soon.

In Republican-controlled Wisconsin, state officials won a bid for a new Foxconn plant with the help of almost $3 billion in incentives for a projected 13,000 jobs. States, counties and cities of all political stripes, , are competing for Amazon's new $5 billion headquarters in proposals due Thursday.

State lawmakers have even tweaked their incentive programs in recent years to raise caps on the total amount available to "high-yield" projects that bring in thousands of jobs.

Bryson said the public nature of that competition for Amazon may mean more skepticism from voters, who will need to hold lawmakers accountable for the success or failure of big-ticket incentives. But he acknowledged ending incentives wholesale would be a "heavy lift" for the General Assembly, at least absent a federal ban.

"I'm a big fan of small government," Bryson said. "But I think this culture in corporate America where we are forcing states to bid against each other is a terribly bad culture."

Amazon's headquarters project may turn out to be good deal for taxpayers, Freyer said, but he argues that state officials shouldn't assume the projects will always live up to expectations.

"All too often, we focus on winning the project, and we don't spend enough time on how to pick the best project and make sure that project comes to fruition and deliver all the jobs promised," Freyer said. "We can choose more strategically where we're investing."

Copeland said the state has been careful to weigh the costs and benefits of its incentive awards. They can't be too large, he said, or incentives won't show a net return to the state. But beyond JDIG and One North Carolina, incentives have long played a role in economic development in this state and others, whether it's farm subsidies or tax rebates.

He said it's likely incentives will continue as another tool in the state's economic toolkit.

"Is it a game we'd rather not play? Perhaps," Copeland said. "But we've always given incentives through the tax code."