Jewish Leaders, in Call for Unity After Shooting, Welcome Outsiders to Shabbat 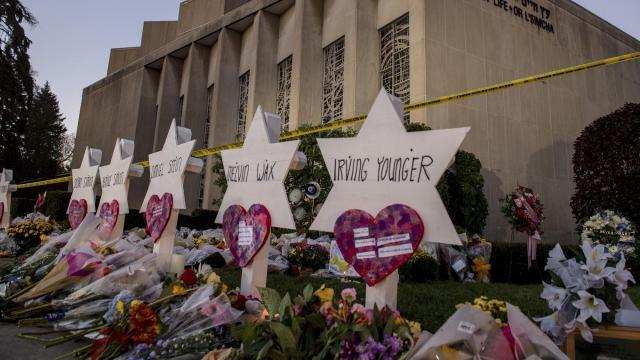 On the first Sabbath following the synagogue shooting in Pittsburgh, Jewish leaders are signaling that they do not plan to close off their communities out of fear.

Instead, many are encouraging Jews and non-Jews alike across the country to attend services on Friday night or Saturday, spreading the hashtag #ShowUpForShabbat across social media as an invitation to all. The campaign, started by the American Jewish Committee, is meant to offer a space for people to express grief over the massacre and show solidarity with the victims, said David Harris, the chief executive of the organization, which is a Jewish advocacy group.

Last Saturday, a holy day of rest in the Jewish faith, a man shouting anti-Semitic slurs stormed into the Tree of Life Congregation in the Jewish enclave of Squirrel Hill, killing 11 congregants. The rampage was among the deadliest against Jews in the United States.

On the Sabbath, which starts at sundown Friday, the Jewish tradition is to say a prayer while lighting two candles, attend synagogue and have dinner with family, along with prayers over wine and challah. On Saturday morning, Jews return to synagogue for services.

Harris said he saw no better place for people to show support for the Jewish community than at a synagogue, a space meant for peace and community that was turned into one of brutal violence in Pittsburgh last week.

At Park East Synagogue in Manhattan, clergy members are expecting a significantly larger crowd than on a typical Sabbath, said Benny Rogosnitzky, a cantor at the congregation. They plan to address the tragedy in Pittsburgh directly in a prayer and the rabbi’s sermon, Rogosnitzky said.

Since Saturday’s shooting, religious people outside the Jewish faith have found other ways to demonstrate their solidarity with Jews. For example, two Muslim organizations have raised more than $200,000 to help victims and their families following the massacre.

And Greg Zanis, a retired carpenter who has made tens of thousands of wooden crosses to memorialize the dead, traveled to Pittsburgh from Illinois this week to install 11 Stars of David near the Tree of Life Congregation. Zanis, who has been constructing such memorials for about 20 years, said he tried to honor all faiths — as well as those who did not subscribe to one during their lives.

“It’s solidarity,” he said. “This is an American problem here.”

While welcoming all to attend services, Jewish leaders are also bolstering security at their synagogues. Rogosnitzky said that Park East had strengthened safety measures at its temple, but that the leaders there were continuing to discuss how to ensure congregants still feel comforted and free in the space.

“A synagogue is about open doors and warmth,” he said. “You have to try to navigate the need for security and also for people to walk in the door to come and pray.”

On Friday, Harris, of the American Jewish Committee, said the campaign was not meant to spread Judaism as a religion, but to send a message of strength against anti-Semitism.