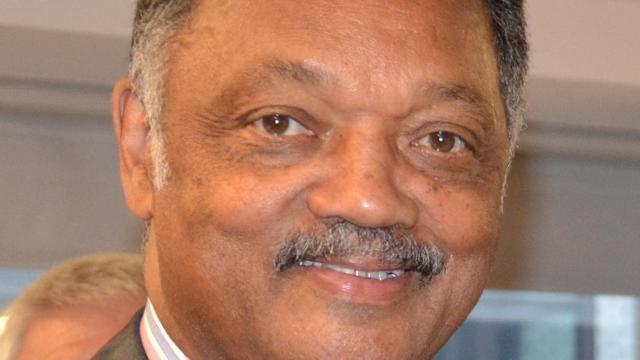 (CNN) — Civil rights activist the Rev. Jesse Jackson said Friday that he has been diagnosed with Parkinson's disease. A neurological disorder with no cure, Parkinson's can cause tremors, stiffness and difficulty balancing, walking and coordinating movement.

"My family and I began to notice changes about three years ago," Jackson wrote in a statement. "After a battery of tests, my physicians identified the issue as Parkinson's disease, a disease that bested my father."

Jackson added that "recognition of the effects of this disease on me has been painful."

He also said he sees his diagnosis as "a signal that I must make lifestyle changes and dedicate myself to physical therapy in hopes of slowing the disease's progression."

Born in Greenville, South Carolina, the 76-year-old is a two-time Democratic presidential candidate. Highlights of his career include participating in civil rights demonstrations with the Rev. Martin Luther King Jr., negotiating successfully for the release of three US soldiers who had been held in Yugoslavia and receiving the Presidential Medal of Freedom from President Bill Clinton.

More recently, Jackson spoke out in 2014 about the shooting death of 18-year-old Ferguson, Missouri, resident Michael Brown, which sparked protests and a national debate about race and police.

Parkinson's disease is caused by the death of brain cells that contain dopamine, a neurotransmitter necessary for communication within the brain. Losing dopamine neurons is a normal part of aging, yet patients with Parkinson's lose many more than usual, and the brain's inability to compensate leads to symptoms.

Parkinson's often starts with a small tremor in the hand or muscle stiffness and progresses over time. Usually, symptoms are worse on one side of the body. The obvious physical symptoms are the reason it is sometimes referred to as a "movement disorder," yet other signs are also common: Patients can experience depression, sleep problems, anxiety, fatigue and constipation.

The prevalence of Parkinson's in the general population increases from about 1% at age 60 to 4% by age 80, according to the US Centers for Disease Control and Prevention. About 1 million people have Parkinson's disease in the US, according to the Parkinson's Disease Foundation. Men are more likely to get it than women, and it usually affects people over age 50.

About 15% to 25% of Parkinson's patients have a family member with the disease, the Parkinson's Disease Foundation says. A variety of genes -- more than 20 -- either cause or contribute to the risk of developing Parkinson's disease.

Parkinson's is occasionally misdiagnosed because there is no test for it. Doctors often rely on a DaTscan, a nuclear imaging test that looks at brain chemistry and the integrity of dopamine cells, in particular. Normal dopamine cells mean you don't have Parkinson's, but if the DaTscan results are abnormal, you may have any one of a series of diseases that results in the death of dopamine cells, Parkinson's being the most common.

Doctors solely treat the lack of dopamine in the brain -- though Parkinson's affects different areas of brain function, including autonomic functions (such as blood pressure and breathing), cognition and urination.

The most common Parkinson's drug is levodopa, which is converted into dopamine in the brain. Still, Parkinson's patients experience motor fluctuations in response to the drug -- involuntary movements, known as dyskinesia, such as those displayed by actor and Parkinson's patient Michael J. Fox.

When symptoms progress and medication fails, some patients opt for surgical interventions, such as deep brain stimulation, which involves the implantation of electrodes in the brain.

Doctors continue to search for new treatments. For example, by discovering precisely how a toxic cascade kills brain cells with dopamine, Northwestern University researchers recently demonstrated how early treatment could disrupt that process.

Until a cure or effective treatments are found, exercise is the best thing Parkinson's patients can do for themselves. A number of studies have shown that aerobics and strength training can improve depression, slow the progress of motor symptoms and help patients think.

Most patients with Parkinson's die with it, not because of it. However, long-term Parkinson's patients may develop dementia or lose their ability to walk and so develop complications such as pneumonia or other infections that can lead to death.

"I am far from alone," Jackson said in his statement.

"I want to thank my family and friends who continue to care for me and support me," he concluded. "I will need your prayers and graceful understanding as I undertake this new challenge."