Jeffrey Toobin suspended from New Yorker, on leave from CNN, after he exposed himself on Zoom call 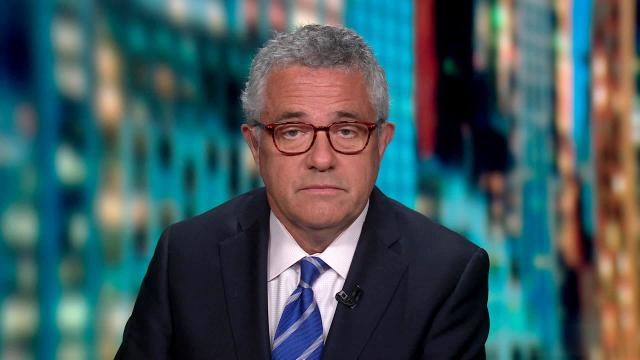 CNN — Jeffrey Toobin, CNN's chief legal analyst and a renowned reporter for The New Yorker, has been sidelined at a pivotal moment in the run-up to the presidential election.

The reason: He exposed himself during a Zoom call with colleagues in what he says was an accident.

The New Yorker said that it had suspended Toobin following the incident, and said it was investigating the matter. The suspension was first reported by Vice on Monday.

A spokesperson for CNN said "Jeff Toobin has asked for some time off while he deals with a personal issue, which we have granted."

Neither news outlet said how long Toobin would be out.

Ordinarily Toobin would be busy covering a controversial Supreme Court confirmation and an election that could end up being challenged on legal grounds.

An upcoming event relating to Toobin's recent book about Trump was also postponed on Monday.

Toobin declined to comment to a CNN Business reporter, instead pointing to his statements to Vice, which indicated that the incident was an accident.

"I made an embarrassingly stupid mistake, believing I was off-camera," Toobin said. "I apologize to my wife, family, friends and co-workers."

"I believed I was not visible on Zoom," he added. "I thought no one on the Zoom call could see me. I thought I had muted the Zoom video."