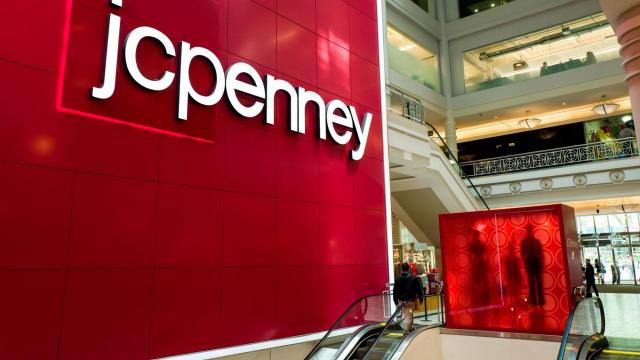 (CNN) — These are tough times for JCPenney. A day after falling below $1 for the first time since it started trading in 1929, JCPenney stock fell 8% on Thursday to close at 97 cents a share.

The 110-year old company hasn't been profitable since 2010 and its prospects are bleak. JCPenney (JCP) is $4 billion in debt with a junk credit rating, a sinking cash hoard and no sign of a turnaround.

With few shoppers coming to stores, JCPenney faces inventory and supply chain struggles and no clear marketing plan or strategy. The company has been forced to offer steep discounts on clothing to clear its massive inventory glut.

Last month, JCPenney reported a $151 million third-quarter loss and a 5.4% drop in sales. The stock has fallen 68% this year and nearly 30% in December alone.

Jill Soltau, formerly the boss of Jo-Ann Stores, became CEO in October — the company's fourth in six years. Soltau has her work cut out for her.

The company's leaders said they are considering closing some of JCPenney's remaining 860 stores. That might help JCPenney in the near-term, but its long-term prospects are questionable. The company has a $2.1 billion debt payment due in 2023. Wall Street analysts are skeptical about JCPenney's ability to repay that money.

The company never really recovered from the Great Recession. It lost shoppers to cheaper sellers a decade ago and struggled to bring them back as the economy began to rebound.

JCPenney plowed through its cash reserve in an expensive makeover after it hired former Apple Store chief Ron Johnson as its CEO in 2011. The plan didn't work, and Johnson was fired after 17 months on the job.

The company switched its focus several times over the past few years: from older shoppers to younger, trendier ones, back toward middle-aged women.

JCPenney has recently changed its merchandising strategy, chasing proven sales trends instead of filling up stores with inventory. It started selling appliances a few years ago, but that strategy hasn't paid off either.