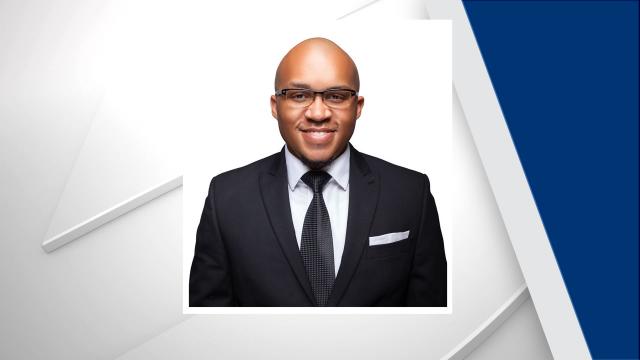 This interview was conducted by email as part of a series on teacher diversity in North Carolina.

What years were you a Teaching Fellow, and what college did you attend?

Why did you apply to be a Teaching Fellow, and how did the program affect your life?

I needed the scholarship money. I was interested in teaching somewhat, but I was more interested in the financial school assistance. In the process, I found out that education was my calling so I don’t think that becoming a Teaching Fellow was a mistake but more so a blessing.

What have you done since college, and what are you doing now?

Over the next four years, I served as an assistant principal, dean of students and director of the freshman academy at Hillside High School.

In 2012 I was invited by Congressman G.K. Butterfield to the Presidential State of the Union Address as his honored guest for my achievements in education.

In 2015, I was named North Carolina Assistant Principal of the Year. The same year I became principal at Fayetteville Street Elementary where we grew school proficiency 5 percent. I spent the next two years as head of school at Global Scholars Academy (Durham Charter School), where we took the school from low-performing status and grew school proficiency over 20 percent.

This past July, I returned back to Durham Public Schools as principal of Eno Valley Elementary. My goal is to also take this school out of low-performing status.

Why have you stayed in (or left) teaching?

My original plan was to complete my four year teaching requirement and then leave the profession. However, once I began my career, I knew that this was my calling. I cannot see myself doing anything else.

The goal of Teaching Fellows when I accepted the scholarship was to recruit the state’s “best and brightest.” I am glad to be considered in that group and I feel like that is the group that we need educating our children.

What advice do you have for colleges hoping to recruit more people of color and men to study teaching?

There has to be a more intense effort by school of education to recruit people of color and men. Going into education is not a “sexy” conversation. Most people ask “why” instead of giving an endearing response.

I don’t remember a single school of education coming to recruit my students during my eight years working at the high school level. Also, most college students are still unsure of what they want to do their freshman and sometimes sophomore years of college. This window is another excellent opportunity to recruit people of color and males to the profession.

Colleges cannot control salaries (which plays a huge role in recruiting to the field), but they can somewhat control scholarships. Being a Teaching Fellow was honorable, and the scholarship amount made it even more so. Additionally, NCCU began paying the balance on what Teaching Fellows didn’t cover. They also provided you a brand new laptop, one educational excursion abroad (free of charge), one-on-one intimate advising and many other perks. This at the least helped to recruit more Teaching Fellows to NCCU.

Schools glamorize their engineering, medical, dental and law programs but place very little emphasis on teaching. If it is not viewed as a priority by the university, why should anyone else view it as such?

Have your current school of education students come out to the high schools and just talk with the students about the joys of the field and why they chose that path. There are several ways, but again, it has to be intentional.

What advice do you have for schools hoping to retain people of color and men as teachers?

Support is key. Most teachers, not just those that are male or of color, leave because they feel a lack of support. Teaching, I would argue, is the toughest profession, especially depending on the type of school that you work in.

Make them feel valued. As an administrator, don’t leave them on an island. Truly grow them to be better teachers. Debrief with them beyond just the required evaluation time. Set them up with an actual mentor that is going to care about their growth and development. Don’t be afraid to give them a day off to get ahead on planning and to collect their thoughts. Support, Support, Support!

I have heard that across the state, school of education program applications are down significantly. We are feeling this in the schools. Additionally, many times it feels like people are choosing education because their first career did not work. Therefore, many of the teachers coming into the field lack the passion and commitment to be good.

Men in schools, particularly in grade K-8, is critical. But there has to be a more concerted effort to once again get back to recruiting the “best and brightest.” The conversation cannot just be about recruiting men because every male is not equipped with what it takes to be a great teacher.

Last, I am finding that less and less teachers coming out of education programs are prepared to teach on Day One. I believe the student teaching process needs to be tweaked drastically.

From personal experience, I had an amazing cooperating teacher that truly prepared me for the field. She held me accountable daily and never left the classroom. She consistently monitored to ensure that I was meeting the needs of the students. At the time I hated it, but I now know that was that best training I got before getting my classroom.