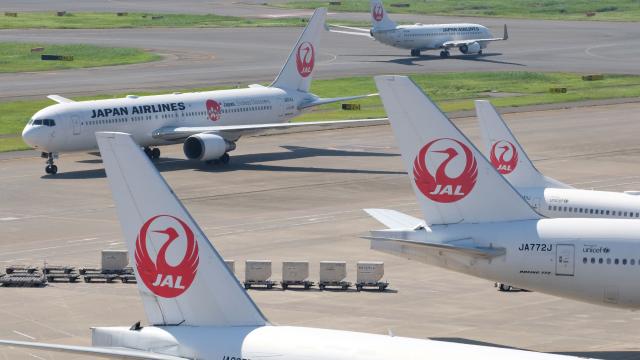 (CNN) — Japan Airlines has moved to update its rules on drinking alcohol after its pilots failed breathalyzer tests in a series of incidents.

It has been reported that Japan Airlines pilots have failed breathalyzer tests 19 times since August 2017, when a more sensitive breathalyzer was introduced for in-house checks.

Passengers were told the delays were due to "crew health conditions," and staff made no mention of alcohol levels.

The latest report follows news that a Japan Airlines pilot admitted being almost 10 times over the legal alcohol limit at London Heathrow airport in October.

Katsutoshi Jitsukawa, 42, was arrested after failing an alcohol test shortly before a flight to Tokyo. A few days earlier, fellow Japanese airline All Nippon Airways suffered delays after a pilot was taken ill after drinking.

Eight of the 25 domestic Japanese airlines don't impose alcohol tests on pilots who are about to fly, according to a survey carried out by Asahi Shimbun, another Tokyo-based newspaper.

In the face of growing concern about alcohol abuse among pilots, Japan Airlines and All Nippon Airways held meetings with the Japanese government Friday.

"We feel deeply responsible for causing the (Jitsukawa) incident that should never have happened," said Japan Airlines President Yuji Akasaka at a press conference after the meetings.

The airline said in a statement that it has extended the drinking ban for pilots to 24 hours prior to flying, and some ground staff will now be subject to breathalyzer tests. Akasaka will also take a 20% pay cut as a result of the Jitsukawa incident, reports Mainichi Shimbun.

While the Japanese aviation industry deals with these issues, Japan Airlines executives may prefer to look back on brighter days.

In July, Japan Airlines received an award for the best economy seat at the prestigious Skytrax World Airline awards, widely regarded as the aviation industry's equivalent of the Oscars.