For Janet Yellen and the US economy, the stakes have never been higher 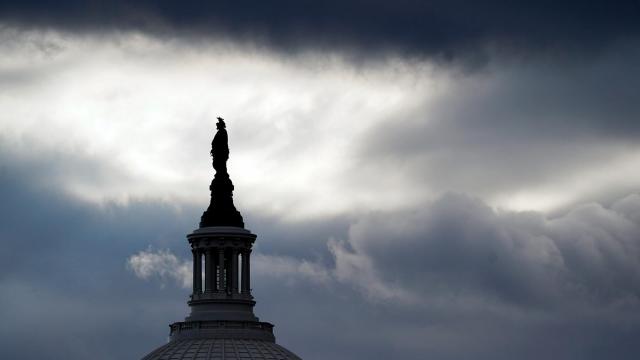 CNN — Janet Yellen, the former chair of the Federal Reserve and President-elect Joe Biden's pick to lead the Treasury Department, faces a huge task ahead.

What's happening: Not only does Yellen have to shepherd efforts to bring the US economy back from its sharpest contraction on record — she must also convince Congress to get on board with Biden's $1.9 trillion stimulus package, as some lawmakers balk at the price tag.

Yellen will make her first big pitch on Tuesday when she testifies before the Senate Finance Committee.

"When economists look back on the pandemic, I expect they'll conclude that Congress' actions averted a lot of suffering," Yellen is set to tell lawmakers, according to written testimony obtained by CNN Business. "But more must be done. Economists don't always agree, but I think there is a consensus now:

Without further action, we risk a longer, more painful recession now — and long-term scarring of the economy later."

Wall Street expects that Congress will back the Biden administration in passing another sizable relief bill, with millions of Americans still unemployed and new jobless claims on the rise.

But scale could be a major sticking point, with Biden's team pushing for additional $1,400 stimulus checks, aid for state and local governments and a wave of funding for Covid-19 vaccination and testing.

One of Yellen's biggest challenges will be persuading more conservative lawmakers that the benefits of adding to America's $27 trillion debt load will outweigh the costs.

"Neither the President-elect, nor I, propose this relief package without an appreciation for the country's debt burden," Yellen's prepared testimony reads. "But right now, with interest rates at historic lows, the smartest thing we can do is act big."

Yellen has a point: The United States can borrow for 10 years at roughly 1%, compared with about 3% when former President Barack Obama took office. But if interest rates were to rise, servicing the country's debt load could become trickier.

Given Yellen's background at the Fed, she'll be able to speak to these issues — as well as any concerns about inflation triggered by additional spending — with authority. Investors will be listening.

"Expect lots of questions about debt sustainability and the role the Fed will likely play in that," Deutsche Bank's Jim Reid said in a note to clients Tuesday.

A personal note: Yellen, in her prepared remarks, also cites her "working class" background in Brooklyn, where her father, a doctor, used to treat people from the family's basement.

"He was the kind of doctor who treated the whole patient," her prepared remarks read. "He knew about their lives; about when they'd been fired or couldn't pay. Those remain some of the clearest moments in my childhood."

Bank earnings indicate that prospects for the economy are expected to improve later this year.

The latest: JPMorgan Chase — which reported a record profit of $12.1 billion for the fourth quarter on Friday — said it had released $2.9 billion in reserves it had earmarked to cover bad loans.

That's a sign that the bank thinks the economic situation is poised to get better, not worse, thanks to vaccination programs and stimulus.

In a conference call with reporters, CEO Jamie Dimon that the country could have a "very healthy economy" by the summer — especially if unemployed Americans and small businesses "who desperately need help" get more stimulus payments from the incoming Biden administration and Congress.

However, he emphasized that plenty of unknowns remain. The bank still has credit reserves of more than $30 billion as a cushion in case conditions deteriorate. And outside of mortgages, which are experiencing a pandemic boom, lending to consumers remains muted.

Investor insight: JPMorgan's results looked better to investors than those from Citigroup and Wells Fargo. Attention now turns to Bank of America and Goldman Sachs, which release results on Tuesday.

Goldman may be the one to watch given how busy investment bankers were last quarter. Companies are rushing to raise capital as they gear up for the next phase of the business cycle. Trading revenue also looks healthy.

China's weak growth is the envy of the world

If you were to grade the world's biggest economies on a curve, China would be top of the class.

The world's second largest economy expanded 2.3% in 2020 compared to a year earlier, according to government statistics released Monday, my CNN Business colleague Laura He reports.

It's China's slowest annual growth rate in decades. Not since 1976 has the country had a worse year, when GDP shrunk 1.6% during a time of social and economic tumult.

But compared to other major world economies, which were plunged into deep and prolonged recessions, China has come out on top. The expansion also beat estimates. The International Monetary Fund, for example, predicted that China's economy would grow 1.9% in 2020. It's the only major world economy the IMF expected to grow at all.

Big picture: Economists say momentum from China's economy will be crucial to power a global recovery in 2021. On that front, too, there was good news: GDP grew 6.5% in the fourth quarter compared to a year ago, faster than the 4.9% growth logged during the third quarter.

The data underscores some problems that may lie ahead, however. Industrial production has jumped, while retail sales remain fragile.

That raises the question: Has the pandemic has sidetracked China's efforts to shift its economy from one reliant on manufacturing to one more driven by consumer spending? If so, what will that mean for long-term prospects for growth?