Janet Jackson may not be at the Super Bowl, but her spirit will be 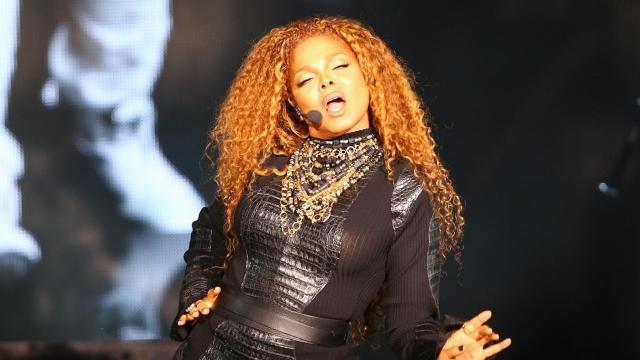 (CNN) — The biggest intrigue surrounding today's Super Bowl may involve someone who isn't even there.

But that hasn't squelched the tide of speculation, hard feelings and fan tributes that continue to swirl around Jackson, whose last Super Bowl appearance, a duet with Timberlake in 2004, ended in scandal.

Many of her fans feel she was punished unfairly after Timberlake ripped off her bodice and revealed her right breast while the two were singing his hit "Rock Your Body." Both stars apologized, but Jackson bore the brunt of the fallout -- many radio stations stopped playing her music, and her career suffered for years.

When Timberlake was invited back as this year's halftime act some fans cried foul, and #JusticeforJanet hashtags flooded social feeds.

Timberlake said recently that he and Jackson have made peace with what happened. But Jackson family members told the New York Post they still feel Timberlake owes her an apology -- or at least a cameo appearance on Sunday.

"If he's such a gentleman, he'd make sure Janet is there," Joseph Jackson said.

That doesn't seem likely. But others are saying Timberlake should still find a way during his performance to honor Jackson.

"For his Super Bowl set, Mr. Timberlake has no incentive to stir up any trouble," wrote Jon Pareles in The New York Times. "But as the world watches, he could do some small measure of karmic payback to Ms. Jackson. Maybe he could slip in a few bars --- 'People of the world, unite!' --- of 'Rhythm Nation.'"

Enough fans are rallying around the Grammy-winning singer that #JanetJacksonAppreciationDay was trending on Twitter Sunday. The hashtag was apparently started by filmmaker Matthew Cherry, who suggested it in a tweet Friday.

Bette Midler chimed in, saying, "How about some #JusticeforJanet, while we're talking about #SuperBowlLII?"

And many other fans just paid tribute to Jackson, one of the biggest pop stars of the late '80s and '90s.