Billionaire Jamie Dimon agrees with Elizabeth Warren on this one point 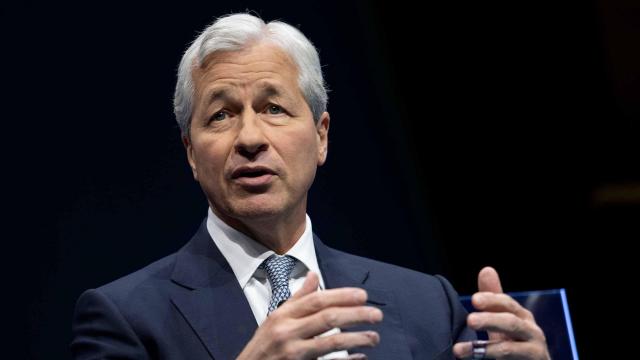 CNN — JPMorgan Chase CEO Jamie Dimon believes some politicians are giving people the wrong impression of him. He's a champion of the middle-class, too, he says.

"I think the wealthy have been getting wealthier too much in many ways, so middle-class incomes have been kind of flat for maybe 15 years or so, and that's not particularly good in America," Dimon said in an interview with Lesley Stahl for "60 Minutes" that aired Sunday. "I think it's a huge problem."

Dimon noted that people who are worst-off financially have been particularly left behind by the American economy. That echoes the message of progressive Democratic presidential candidates, including Senator Elizabeth Warren.

Yet Dimon says he feels unfairly vilified by some for his billionaire status and leading America's largest bank.

"I understand that a person in this seat is going to be targeted in this day and age by certain politicians and stuff like that," said Dimon.

But he said the idea that he isn't a patriot is "just dead wrong."

Warren recently tweeted that "Jamie Dimon and his buddies are successful in part because of the opportunities, workforce, and public services that we all paid for. It's only fair that he and his billionaire friends chip in to make sure everyone else has a chance to succeed."

She went on to tweet that, "The system is working great for the wealthy and well-connected, and Jamie Dimon doesn't want that to change. I'm going to fight to make sure it works for everyone."

In the "60 Minutes" interview, Dimon said he would not comment on anyone in particular, but reiterated a point he made during an interview with CNBC last week — saying he doesn't like when anyone is vilified.

"You know, most people are good, not all of them. You should vilify Nazis, but you shouldn't vilify people who worked hard to accomplish things," Dimon told Stahl. "And so my comment is, I think it's American society, which is attacking each other all the time."

Dimon said he believes that everyone should "work together, and I don't mind if a few barbs are thrown my way by anybody."

Warren has long been a critic of Wall Street. She wants to unwind a chunk of the 2017 corporate tax cuts, impose a wealth tax of 6 cents on every dollar of net worth above $1 billion and raise capital gains taxes.

The new taxes would help for ambitious programs, including Warren's proposed Medicare-for-All plan and one that would eliminate student debt for millions of Americans and make all public colleges tuition-free.

In the CNBC interview last week, Dimon said her plans would change "the complete nature of how you run a corporation."