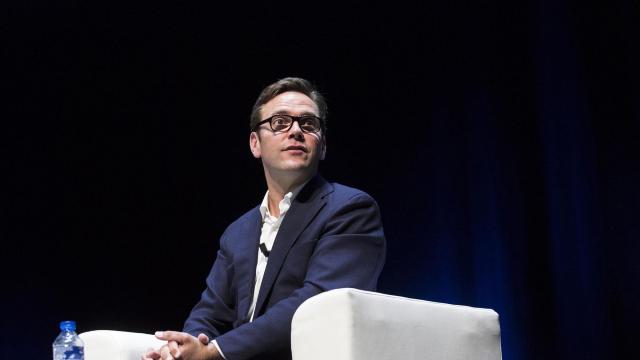 CNN — James Murdoch, the youngest son of billionaire media mogul Rupert Murdoch, made a dramatic break from the family business on Friday.

He resigned from the board of directors of News Corp, the family's publishing empire, and said he was exiting the company over "disagreements over certain editorial content published" by its news outlets and "certain other strategic decisions."

James Murdoch, whose older brother Lachlan Murdoch serves as the CEO of Fox Corporation, had already left that side of the family business, partly due to his disgust of Fox News.

But he had remained on the board of News Corp — something that had intrigued friends of the family.

The younger Murdoch repeatedly clashed with his father and brother's conservative political views, occasionally even in public. He donated to Democratic presidential candidate Pete Buttigieg and fumed about climate change denialism.

By staying on the board of News Corp, he was "testing the proposition of making change from the inside," an insider said in an interview earlier this year.

Friday's move indicates that he has given up on that proposition.

The News Corp umbrella includes papers such as The Wall Street Journal and New York Post. It also includes the book publisher HarperCollins and a raft of newspapers in the United Kingdom and Australia.

A spokesperson for James Murdoch had no further comment and said that the letter spoke for itself.

In a joint statement, his father Rupert Murdoch and brother Lachlan said, "We're grateful to James for his many years of service to the company. We wish him the very best in his future endeavors."

Those further endeavors could include additional investments in news startups and other media enterprises. He launched an investment company, Lupa Systems, in early 2019.

His Friday resignation from News Corp represents his growing distance from the family business.

But he is still connected to the family through the Murdoch Family Trust, which holds key voting shares in both companies.

Rupert Murdoch has four votes in the trust, and his four adult children have the other four votes. What happens to the companies in the event of Rupert's death is a constant source of media industry speculation.

On Friday night a source indicated that the resignation letter was not the result of any abrupt action within New York.

On the contrary, the source said, tensions had been building for months.

In January, for example, James and his wife Kathryn joined the criticism of Murdoch properties' coverage of wildfires in Australia.

A spokesperson said at the time that James and Kathryn had "well established" views on climate change and were "particularly disappointed with the ongoing denial among the news outlets in Australia given obvious evidence to the contrary."