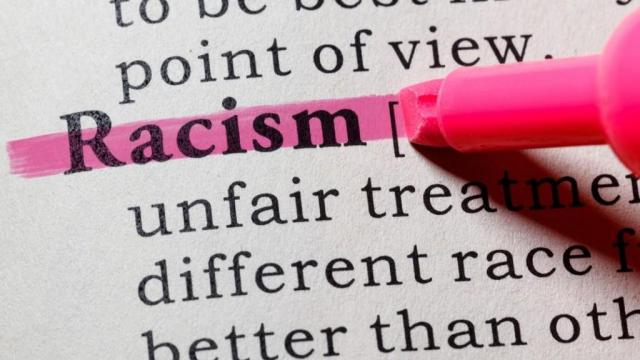 EDITOR'S NOTE: James H. Johnson, Jr. is the William Rand Kenan, Jr. Distinguished Professor of Strategy and Entrepreneurship at the University of North Carolina Kenan-Flagler Business School. This is the first of a two columns on systemic racism and Higher Education. The commentary comes from Higher Ed Works.

Several of my white friends and colleagues have asked me recently what changes are required to address systemic racism in higher education institutions. After reflecting on personal experiences as an African-American professor for four decades in two predominantly white institutions, I will highlight activities that have given me race fatigue over the years – things I no longer would have to do or experience if systemic racism did not exist.

The first is suffering repeatedly the indignity of serving on search committees — an essential element of university service – where you know at the outset the hiring decision is a foregone conclusion. Watching, for example, a white candidate ultimately gets the job despite publicly admitting not being ready or qualified for the advertised position. I should note that for this search we graciously dismissed a highly qualified Black candidate after multiple rounds of perfunctory, check-the-diversity-box interviews. In addition, we gratuitously directed the Black candidate to searches at notably less prestigious institutions – a classic case of racial steering normally observed in residential and housing searches.

The second is engaging in far too many conversations with Black faculty and staff colleagues who also have experienced these obligatory check-the-diversity-box interviews in searches with predetermined outcomes. The most gut-wrenching discussions have been with Black colleagues who were turned down for higher-education leadership roles after receiving unanimous or near unanimous votes from search committees. And making matters worse, these colleagues later  discovered that the jobs were offered to less-qualified white colleagues who, in some instances, were not even in the original search – a clear violation of equal employment opportunity law.

The third is listening to a white member of a tenure-review committee characterize a Black colleague’s research on class differences within the African-American community as “ghetto sociology” unworthy of a positive tenure vote because the research did not include a white sample. Only through strong pushback and vigorous intellectual debate about the Black community’s worthiness of systematic research – with or without a white sample – was I, as the lone Black full professor on the committee, able to garner a positive tenure vote in the case.

The fourth is watching talented young Black scholars routinely channeled into non-tenure track positions while talented white scholars gain access to prized tenure-track positions. Non-tenure track positions typically carry higher teaching loads, offer little (if any) research support, and furnish no pathway to job security or tenure in the university. This kind of racial steering is a common practice precisely when Black and other students of color are clamoring for more tenured Black faculty.

The fifth is much too often having to help Black and other students of color cope with and navigate the systemic racism embedded in the culture of predominantly white higher-education institutions, which ultimately devalues the quality of their education. Observations made by Black students who participated in focus groups I conducted on diversity and inclusion in higher education are illustrative here.

A Black student reflecting on the lack of faculty diversity at a predominantly white institution said,

I’ve heard this from everybody … When it comes to … talking about faculty members and trying to find tenure-track professors of color, “Oh well, they’re just not out there”… It’s not true. There are projects in place across academia literally … to streamline those people into different … schools …s o now it’s like “… maybe they are out there, but they don’t want to come here …” they want to go to Harvard; they want to go to Penn”… maybe it’s a compensation issue … if we control for that, what’s the issue? Why are they going to these other places and not coming here? … So when is the inward look going to happen … I’m saying that the culture here is insidious, and there is a reason why you’re not getting ROI on certain investments.

Another student elaborated on what it’s like to be Black at the school:

… if you’re used to be “othered” it’s difficult to fully be yourself in a white space … what happens is folks have to come in here; they realize … they’re not accepted, so they find ways to assimilate and effectively … make their person. What ends up happening is you don’t really get the benefit of that would-be diversity. What you get is somebody who is trying to just fit in and put on a suit and be an automaton …

This student continued by asserting,

… the value of diversity is like me being able to come in here and do what I want, dress how I want, talk how I want, interact with people how I want, and still be able to perform at a high level and produce and add value to a classroom and so on and so forth. And so if I can do that and people see that … the next person who comes in who has a similar experience to me or … is like … me is going to have an easier path…it becomes a wider space for all …

If higher education is serious about ending systemic racism, everyone must be intentional and purposeful about creating a “wider space for all.” This will require moving far beyond implicit-bias training and, instead tackling head-on the deeply engrained institutional barriers in the culture and climate as well as human resource policies and practices that are major obstacles to Black faculty, staff, and students realizing their full potential.