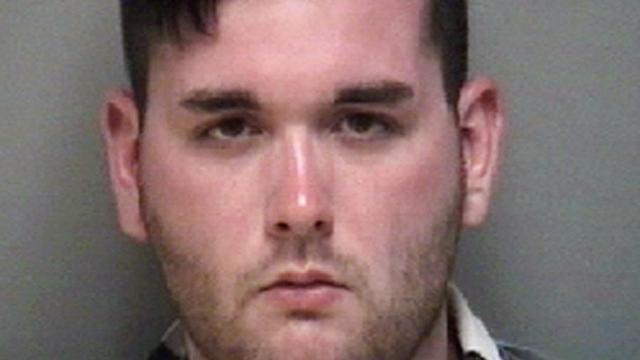 CHARLOTTESVILLE, Va. — After deliberating for more than seven hours on Friday, a Charlottesville jury convicted James Fields Jr. of first-degree murder, according to The Associated Press, finding that the Ohio man intentionally drove his car into a crowd of protesters at a white nationalist rally last year, killing one woman and injuring nearly 40 others.

Fields, 21, faces up to life in prison for the death of Heather Heyer, 32.

Friday’s verdict provides some closure in a case that cast a national spotlight on Charlottesville, the scene chosen by racists and anti-Semites to rally for their cause, near a Confederate monument that some city leaders were trying to remove. The August 2017 Unite the Right rally was marked by violent clashes between counterprotesters and white nationalists, some of whom were convicted earlier this year.

The nine-day trial featured days of emotional testimony from victims who were seriously injured in the crash, including a man who pushed his girlfriend out of the way, bearing the brunt of the impact himself, and a single mother who suffered two broken legs and a broken back. Many of the victims returned to the courtroom day after day to listen to other witnesses, and jurors saw them hugging and comforting one another.

During the trial, prosecutors introduced evidence that Fields intended to commit harm when he drove from Ohio to attend the rally, which featured neo-Nazis bearing swastikas and Ku Klux Klan members. In a text message exchange with his mother before the rally, Fields was told to “be careful.” “We’re not the one[s] who need to be careful,” he replied in a message that also included a photo of Adolf Hitler.

Prosecutors also showed the jury a cartoon Fields had shared months earlier on Instagram of a car ramming into a crowd, with the words, “You have the right to protest but I’m late for work.” Other evidence included recordings of conversations Fields had with his mother after his arrest, in which he described the counterprotesters at the rally as a “violent gang of terrorists,” and derided Heyer’s mother, Susan Bro, as an “anti-white liberal” who should be viewed as an enemy.

Fields’ defense lawyers did not dispute that he drove his car into the crowd, but claimed that he “acted out of fear” rather than malice, highlighting the scuffles and clashes that took place earlier that day between Unite the Right participants and anti-racism activists.

“There’s no evidence he came prepared to do any harm,” said John Hill, a defense lawyer, during the trial. The defense called Dwayne Dixon, an anti-racist activist, to testify, and he acknowledged shouting at a gray car while he had an AR-15 slung over his shoulder.

But video footage from that day showed Fields’ car idling, unmolested at an intersection, and even backing up out of the camera frame before it sped ahead into the crowd.

The prosecutor, Nina-Alice Antony, argued during the trial that Fields clearly had “specific intent to kill a human being,” even if he had not singled out any particular person in the crowd.

Fields will be sentenced after victims give impact statements in this case. He also faces the death penalty in a second trial on federal hate crimes charges.