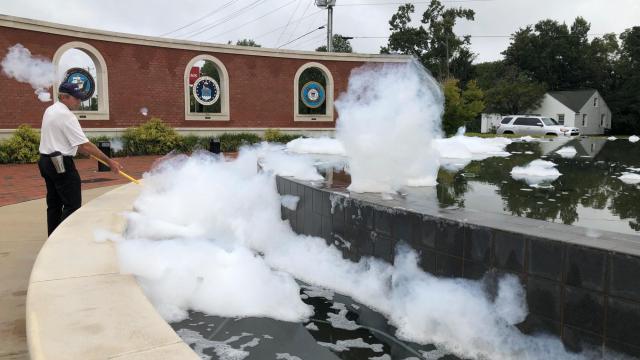 The soap made the fountain overflow with suds when the jets automatically turned on at 7 a.m. Wednesday.

Crews spent around $500 to $1,000 cleaning up the fountain Wednesday morning. None of the damage was permanent, according to City Manager Richard Woodruff. 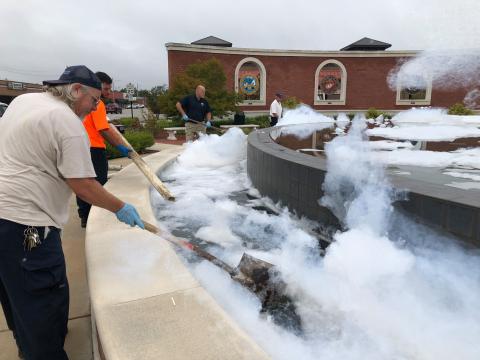 "The quick response by city crews prevented the foam from spreading to the roadway surrounding the fountain," city officials said in a release.

Woodruff said that he is working to find the vandal and will "seek prosecution of those who vandalized this cherished symbol of the community honoring our military."

WITN reports that the fountain was vandalized back in 2018, costing the city around $10,000. 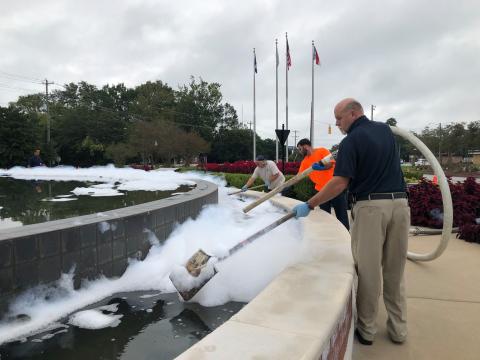 The Freedom Fountain sits in downtown Jacksonville and is a memorial to military service members and their families. At night, the fountain lights up with the colors red, white and blue.