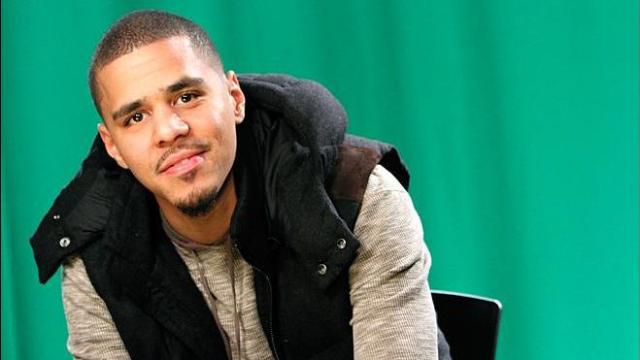 Cole elaborated on the topic during a recent two-hour interview with the Combat Jack Show podcast. He first mentioned the idea during an interview with Complex magazine last year.

The home had a huge impact on Cole's life. He, his mother and brother had previously lived in military housing and then in a trailer park in Spring Lake. When his mother remarried, the family moved to the two-story home on Forest Hills Drive.

"That was a mansion to me compared to where we came," Cole said on the podcast.

When he moved into the home, he finally had his own room where he could explore his musical tastes and abilities.

Cole bought the home for $120,000 through his Dreamville Foundation, The Fayetteville Observer reported.

"This is the first house I've ever owned in my life," Cole told Complex magazine during a tour of the home in November. "And it just happens to be the last house I grew up in. Y'all got to pardon the fact that the crib is empty. The goal and my intention is that some family will get to move into this place very close to rent free, and we'll give them two years. Every two years, a new family will move in. Hopefully by the time they leave, they'll be in a much better position than they were when they came."

Cole told the podcast that he hopes that a single mother with more than one child will be able to move in. "I want her kids to feel how I felt when we got the house," he said.

The address was the name of Cole's most recent album and a photo of it even appeared on cover.