Ivanka Trump on Capitol Hill, teams up with Rubio on tax reform 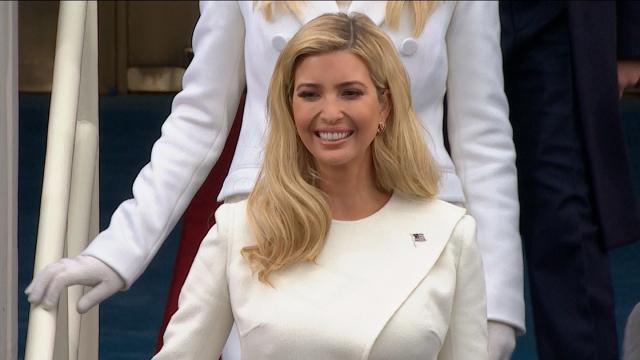 Ivanka Trump met privately Tuesday morning for about an hour with Sen. Marco Rubio and other lawmakers on the Capitol Hill to discuss "pro-family" tax reform.

Members of Congress have been invited to join the new duo over the coming weeks to talk about Trump's proposal for a federal paid family leave program, which would grant families six weeks paid leave. The proposal, however, has struggled to gain support from conservatives and liberals.

"She's expressed a strong interest in many different elements that I think comprise a pro-family tax reform. We wanted her and the White House to be exposed to individual members who have been working on pieces that I think can be part of that reform," Rubio, who is particularly focused on the child tax credit, said. "And we'll see what the next step is, but it's certainly something we're going to continue to work on."

Fischer said the discussions are "still in the talking stage" and the point of the meeting was to make the White House "aware of what we all have here in the Senate and also in the House."

Both Rubio and Fischer have introduced separate bills to expand paid family leave through tax credits.

The President's daughter and senior adviser has been championing this cause since last year when she began making calls to members of Congress. Rubio, who may prove a key Republican voice in Trump's pro-family tax push, first took up the cause in 2015 during his presidential campaign when he vowed to expand access to paid family leave through tax incentives. Politico first reported details on Rubio's and Trump's tax reform plans. He commended Trump on Twitter last week for her efforts on child care tax reform.