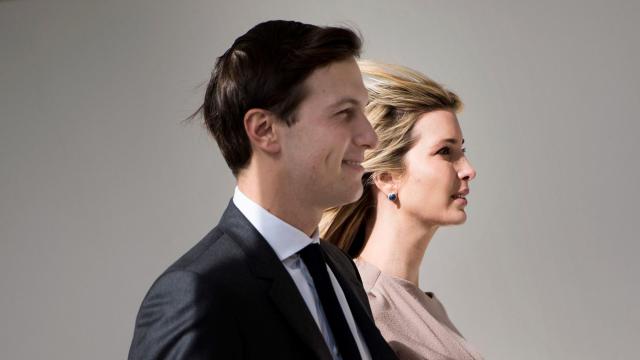 CNN — No need to save seats for Ivanka Trump and Jared Kushner at Friday night's White House state dinner for Australia.

The couple, both advisers to President Donald Trump, are in Rome to attend the lavish wedding of socialite fashion designer Misha Nonoo and her fiance, oil company heir Michael Hess, who tied the knot in a Friday evening ceremony.

Hess was a college classmate of Kushner's younger brother, Josh Kushner, who is also in Rome for the nuptials, along with his wife, supermodel Karlie Kloss. Another marquee couple attending the Nonoo-Hess wedding is the Duke and Duchess of Sussex.

Meghan Markle is a longtime friend of Nonoo's, who was a guest at the royal wedding more than one year ago.

The intersection of Trump and Markle at a social event could be an interesting and potentially awkward scenario. In a June interview, President Trump called Markle "nasty," a comment he later attempted to walk back.

In 2016, prior to the presidential election, Markle called then-candidate Trump "divisive" in a television appearance.

Trump and Kushner flew to Rome from Washington Thursday night on a commercial flight, according to Politico.