It's a fact: Being a woman costs more

Raleigh, N.C. — Have you ever thought about the price of being a woman?

While optional products like makeup or jewelry may seem pricey, there are some unavoidably aspects of womanhood that cost more.

You may have heard of the “pink tax,” but the cost of being a woman extends past consumer spending.

From lost opportunity cost, to the price of motherhood on a career, research shows that in many aspects of life, it’s more expensive to be female.

When it comes to financial literacy, being better educated could mean retiring early or exponentially increasing your net worth.

So, whether it’s not knowing how to invest or not being strategic about paying off debt, being uneducated could cost thousands to millions over the course of a lifetime.

According to a 2018 study of U.S. adults, financial literacy among men exceeds that among women on topics such a savings, investments, insurance and understanding financial risk.

With the study’s conclusion of men on average scoring 9 percentage points higher on the financial literacy test, the literacy gap could mean women are paying the cost of missed opportunities.

From restaurant workers to financial planners, men tend to earn more money than women on average in nearly every profession. In general, the higher the salary, the larger the discrepancy between males and females.

The largest pay gap between men and women working comparable jobs is within the finance and sales professions, according to the U.S. Census Bureau.

“The pay gap has narrowed over the last 50 years,” said Lynda Laughlin, the Census Bureau’s chief of industry and occupation statistics in a report, “however, the gender pay gap continues across the board in almost all occupations. In 2016, median earnings for women was $40,675, compared with $50,741 for men.”

In 2017, female full-time, year-round workers earned 80.5 cents for every dollar earned by men,a gap of around 20 percent, according to data collected by the Institute for Women’s Policy Research.

Over time, that 20 percent will add up to a cost of thousands to millions of dollars over the course of a woman’s life depending on her career.

Impact of parenthood on mothers vs. fathers

If you’re a woman, your first bundle of joy could be your worst career move. But if you’re a man, a new baby could be as good for your career as a promotion, according to Michelle J. Budig, a sociology professor at the University of Massachusetts-Amherst who studies the parenthood pay gap.

“While the gender pay gap has been decreasing, the pay gap related to parenthood is increasing,” Budig said in the 2014 paper “The Fatherhood Bonus and the Motherhood Penalty: Parenthood and the Gender Gap in Pay.”

The study found that on average fatherhood increases men’s earnings by 6 percent, and men with high salaries experience the benefit the most.

The study, which does admit to many nuances and limitations, found the opposite effect on a woman’s wages. 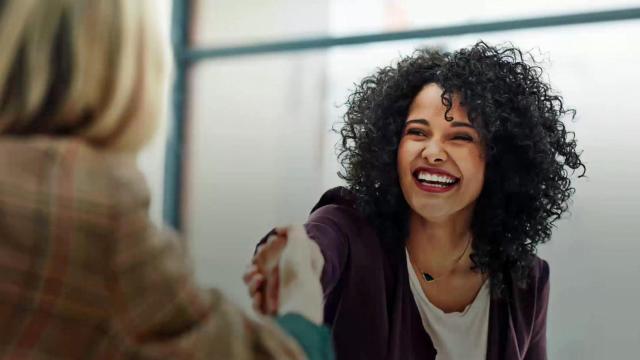 “That is the opposite of how parenthood by women is interpreted by employers. The conventional story is they work less and they’re more distractible when on the job,” she said.

The motherhood penalty is also unevenly distributed among different income groups. Women with lower wages on average are most negatively affected at work by parenthood.

When it comes to overall lifetime healthcare costs, women cost more than men, according to the Medical Expenditure Panel Survey, an annual survey of almost 40,000 people conducted by the federal government in 2014.

Mark Holmes, a Health Policy and Management professor in the UNC Gillings School of Global Public Health, said men and women differ on cost at different stages of life.

But over the course of a lifetime, overall health care costs are higher for women than men.

“Between the ages of 0 to 16, they are pretty much on track with not much of a gender difference at all,” Holmes said. “Once women enter the childbearing years, they tend to cost more. Part of that is actual labor and delivery, and part of that is associated expenses like prenatal care and annual (gynecology) exams.”

Women of the Triangle

The gap continues through the late 40’s when men become more expensive, something he attributes to higher risk of cardiac events, knee replacements and risk of certain cancers.

But overall a woman on average will cost more over the course of her lifetime.

“The degree to which women cost and pay during those childbearing years outweighs the extra (amount) that men cost as they age,” he said.

Holmes said it’s important to remember that on average women do live longer than men, which accounts for some of the increased cost.

The study did not measure how much individuals pay out of pocket and focused on overall cost of care for each person.

From haircuts to razors blades to children’s clothing, it often costs more to be female in the consumer space.

The ‘pink tax’ is a term coined for the extra money women pay to purchase the comparable products that men also use.

The 2015 study looked at 800 different products, from toys to clothing to personal-care products. It found price differences start with at a young age. A red scooter, which could be marketed to a girl or a boy, cost $25 less than an identical one in pink.

5 On Your Side's Monica Laliberte first looked into the issue of gender pricing in 2001 and again in 2016.

5 On Your Side found discrepancies in body wash, shampoo and even socks.

It's a fact of life: Women pay more for some products, services

Ryan McDevitt, an assistant professor of Economics at Duke University Fuqua School of Business says manufacturers and stores get away with the "woman tax" because women are willing to pay it.

No federal laws ban so-called gender pricing, but gender price gouging for services, such as hair salons and dry cleaning, is illegal in California, New York and Miami-Dade County in Florida.

Consumer-finance experts say women can pay up to $1,300 more than a man every year. Over the course of 78-year lifespan, the average for women in the United States, that equates to $101,400.

In addition to the female version of comparable products like deodorant costing more. There are also many basic hygiene products women buy that men never do, some of which are considered luxuries by the government. The majority of U.S. states tax tampons as luxury items, a product many women will spend thousands of dollars on over the course of her lifetime.

Claudia Kubowicz Malhotra, a clinical associate professor of marketing at the UNC Kenan-Flagler Business School, said it's becoming more difficult to study consumer behavior by gender because it is now considered a continuum or spectrum instead of a binary variable.

Many products are no longer marketed specifically for women or men, but she said research has shown that items made for women, often just colored pink, on average cost more.

Malhotra said it’s important to consider women are no longer the primary shopper in most households, a change that could eventually affect product pricing and marketing strategies.

“There’s been quite a shift in that as well,” she said. “Men are shopping more than they ever have before.”

While there are many theories and proposed solutions about the “pink tax,” there is one way women can try to avoid it.

"Pick the products that are supposedly either for men or gender neutral as opposed to the ones that are 'pinkified' or orientated towards women our girls," said Katherine Foss, a professor at Middle Tennessee State University.