Is your child a bed wetter? A dentist could help

Many parents experience the dread that comes from being awoken in the middle of the night to the sound of their child saying, "Mom, Dad? I wet the bed."

You know that the next hour will be spent changing your child into fresh pajamas and replacing their urine-soaked sheets, before returning to your warm covers.

Between five and seven million children in the United States wet the bed at night on a regular basis. While there are a myriad of reasons for this, ranging from physical incontinence issues to nightmares, bedwetting can also be a result of sleep disordered breathing.

Sleep disordered breathing refers to a spectrum of sleep-related breathing abnormalities such as snoring and sleep-apnea. SDB is more common in children than parents may realize, and can present itself in different ways. One of the more embarrassing presentations is that of bedwetting.

How Does SDB Cause Bedwetting?

Bedwetting is not only inconvenient for parents and children, but it can also be humiliating for a child, especially one who is older than "traditional" bedwetting age. Children who have SDB and wet the bed as a result do so because the brain is working hard to concentrate on taking in oxygen to breathe while sleeping, rather than controlling the bladder. 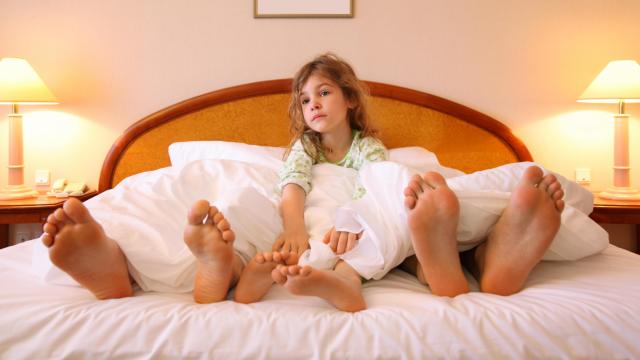 How Can A Dentist Help My Bed Wetter?

Research has shown that SDB-induced oxygen deprivation is a major contributing factor to childhood health disorders like bedwetting.

Children who suffer from SDB and struggle with bedwetting as a result can be helped by an unassuming health professional — your dentist. Your dentist can evaluate your child for SDB and may recommend an oral appliance therapy system called HealthyStart as a solution.

HealthyStart addresses the root causes of SDB by promoting proper growth and development of the jaw and airway. This removable, silicon mouth device can optimize airflow and promote proper nasal breathing while also straightening your child's teeth. The appliance helps a child breathe easier, allowing the brain to concentrate on other things like bladder control during the night, thus reducing instances of bedwetting.

"My son was a bed wetter past the age of 10. This was a reason we wanted to start with the [HealthyStart] program," said father Cary Bender, who relayed that bedwetting runs in the family. Bender said that his son had the longest and hardest time breaking the habit — until HealthyStart.

Dr. C. Ashley Mann, a dentist in Cary, is a big advocate of the HealthyStart system.

"The reason why many kids are bed wetters is because they are sleep disordered breathing patients that haven't been diagnosed," Mann explained. "The part of their brain that is [concentrating] on breathing is also the part of the brain that helps them control their bladder."

He added, "To put it in simple terms, the brain doesn't have enough energy to do both. The breathing you need to stay alive — so the breathing is going to win out."

If your child is struggling with bedwetting and you think they show other signs of SDB as well, take them to get evaluated for the condition.

"If we can get kids more comfortable breathing at night, then the bedwetting goes away," Mann said. "We've had children who have used the [HealthyStart] device and within two weeks they stop wetting the bed."

Ask your dentist whether or not your child is a good candidate for the HealthyStart system. Your dentist can come up with a plan that puts your child on a path to more restful — and drier — sleep.