Is Trump, Wall-Builder-in-Chief, a Conceptual Artist? 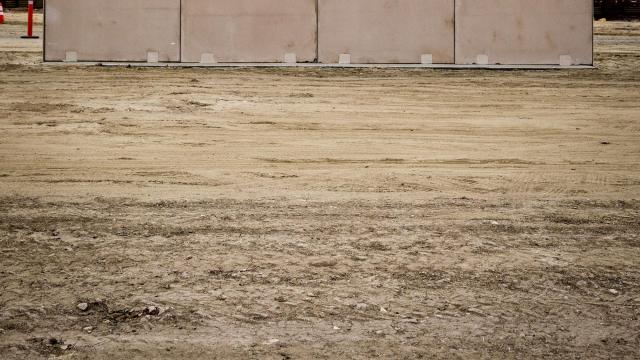 That’s the intriguing possibility put forth in an online petition Tuesday that seeks to have the group of eight prototypes for Trump’s controversial Mexican border wall designated a national monument.

The prototypes were built at a cost of $3.3 million in federal funds and unveiled last October along the United States border near San Diego. The petition, sponsored by the puckishly named nonprofit, MAGA (the acronym recalls the president’s campaign slogan, “Make America Great Again”), seeks to protect the prototypes from demolition by invoking the Antiquities Act of 1906 and characterizes the structures as “a major Land Art exhibition” of “significant cultural value.”

The notion that the prototypes could qualify as conceptual art might seem somewhat far-fetched. They were designed to U.S. Customs and Border Protection specifications, built to withstand a 30-minute assault from sledgehammers to acetylene torches, and to be difficult to scale or tunnel beneath. Aesthetic considerations are largely secondary to brute strength, but, when viewed up close, the walls collectively have the undeniable majesty of minimalist sculpture.

Trump dramatically reduced the size of two existing national monuments under federal protection just last month. He would need to issue a presidential proclamation to establish the group as a monument. (A White House spokesperson did not respond this week to questions about the border wall project and Trump.)

That particular irony is not lost on Christoph Büchel, the Swiss-Icelandic artist behind MAGA. Büchel originally posted the petition to the White House’s We the People website, started in 2011 by the Obama administration to allow citizens to lobby the president’s staff directly, but the site was taken down for maintenance until the end of January. MAGA has since created a website to promote the project and gather signatures.

Standing on a stepladder and gesturing at the prototypes towering just beyond the rusting border fence near the Otay Mesa Port of Entry, south of San Diego, Büchel was adamant that he has no creative stake in the project.

“I am an artist, but not the artist of this,” Büchel said. Instead, he said, MAGA endorses the concept that Americans, by electing Trump, allowed his obsessions to be given form that qualifies as an artistic statement. The fact that the prototypes were designed and built by six private contractors matters less, he said, than the impression that, upon completion, they constitute an unintended sculpture garden willed into existence by the president and his supporters. “This is a collective sculpture; people elected this artist,” Büchel said.

Büchel insisted that the petition was not a jab at Trump’s signature policy-achievement-in-waiting. Even if the border wall is never built, Büchel said, the prototypes “need to be preserved because they can signify and change meaning through time. They can remind people there was the idea to have this border wall once.” Büchel is accustomed to stirring controversy. His installations include a mosque built inside the walls of a former Catholic church, a project that created an uproar at the 2015 Venice Biennale, and he has spent years seeking approval to bury a full-size Boeing 727 in the Mojave Desert near Boron, California, for an installation called “Terminal.” But Büchel said he was not playing art provocateur with his quest to preserve the prototypes. “I just see that fact, an objective fact, that they’re standing here, now,” he said. “My political position, that’s not interesting in this context.”

Büchel invokes the precedent of the ready-made, championed by that pioneer of Dada, Marcel Duchamp, in which the act of choosing an object, however banal — emphatically, in Duchamp’s case, a urinal — recontextualizes it as art. He also points to the prototypes’ aesthetic impact, however unintended, rising up from the desert like a postapocalyptic vision of drive-in movie screens or the monolith in “2001: A Space Odyssey.”

“There is sculptural value these things have,” Büchel said, citing the precedent of Land Art created by Donald Judd and others in Marfa, a tiny West Texas town, as well as the monumental art of antiquity. When he first saw images of the prototypes, Büchel said, “I thought about Stonehenge. It’s so strong.”

The prototypes are not accessible from the U.S. side except by arrangement with Border Protection, so Büchel is organizing tours of the site starting in San Diego and crossing into Tijuana, where they can be viewed from a dirt road bordering a junkyard populated with starving stray dogs and a smattering of families living in extreme poverty.

Seen from the Mexican side, the juxtaposition of the pristine prototypes looming yards away puts the implications of borders — and who may or may not cross them, as well as the consequences of finding oneself on one side or the other — in stark relief. The design guidelines for the prototypes stipulated that the side facing the United States be “aesthetically pleasing” but made no provisions for the Mexican side. The $470,000 prototype submitted by Texas Sterling Construction presents a pleasant stone facade to the United States and an unsparing concrete wall bristling with razor wire to Mexico. “You have borders all over, you have borders between yourself toward people,” Büchel said. “You can take them metaphorically or symbolically. Or take them for what they are.”

Büchel took in the tableau from his stepladder — the squalor on the Mexican side, the prototypes bathed in flattering afternoon sunlight — and added: “When you look at it here, and you see everything, it’s quite a strong conceptual impact. Visually it is really striking. That’s why this should be preserved, because it talks so much about our history.”