Is there a bank fraud case against Michael Cohen? Lawyers aren't sure 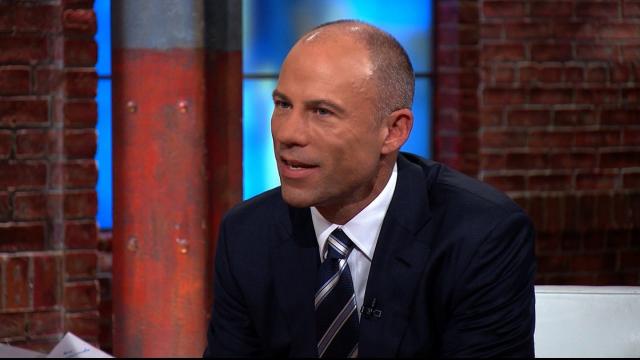 Legal experts, however, aren't convinced it's an open-and-shut case.

There were also a number of "suspicious" payments made to the account, according to Avenatti, including approximately half-a-million dollars from a company linked to a Russian oligarch with close ties to the Kremlin.

On Wednesday, Cohen's lawyers accused Avenatti in a court filing of circulating some false information, including private bank records from other people named Michael Cohen. They didn't immediately respond to a request for comment.

"Mr. Avenatti has also deliberately distorted information from the records which appear to be in his possession for the purpose of creating a toxic mix of misinformation," Cohen's lawyers said in the court filing.

Here's what you need to know.

What is bank fraud?

Bank fraud is typically a federal crime. A federal conviction for bank fraud carries a fine of up to $1 million, and up to 30 years in prison.

There are multiple elements of bank fraud that the US government needs to prove beyond a reasonable doubt in order for someone to be convicted.

But intent is key. A jury has to not only find that the defendant defrauded a bank by means of false pretenses or promises, but also that they did so knowingly, with the express purpose of deceiving or cheating the institution.

What is the possible bank fraud case against Cohen?

Cohen is the subject of a federal criminal investigation by the US attorney's office in Manhattan, but he hasn't been formally charged with bank fraud.

Avenatti's claim that Cohen "likely" committed bank fraud refers to statements Cohen allegedly made to First Republic Bank when he set up a bank account there shortly before the 2016 election.

Cohen said the account would be used for a real estate consulting company called Essential Consulting, and that his typical clients would "US-based high net worth individuals," Avenatti said in a memo circulated on Tuesday.

In reality, it was the repository for a number of "suspicious" payments, according to Avenatti.

This includes about $500,000 from a company linked to Viktor Vekselberg, a Russian oligarch tied to the Russian government; nearly $400,000 from pharmaceutical company Novartis; $150,000 from Korea Aerospace Industries and at least $200,000 from telecom giant AT&T. (AT&T is trying to acquire CNN's parent company, Time Warner. The Justice Department sued to prevent the merger in November of last year.)

Avenatti said the Essential Consulting account was also used to pay his client, Stormy Daniels, who received $130,000 in 2016 to keep private an alleged affair with Trump. The White House has repeatedly denied that Trump and Daniels had an affair, and Cohen has insisted that he used his personal funds to cover those costs. Last week, Rudy Giuliani, who recently joined Trump's legal team, said in a Fox News interview that Trump personally reimbursed Cohen for the payment in multiple installments.

What do legal experts say?

A bank fraud case against Cohen wouldn't be clear cut, according to experts.

"I tend to doubt that the federal bank fraud statute has been violated because no loss was caused to First Republic, and Cohen simply withdrew money from his own account," said John Coffee, a professor at Columbia Law School and expert on white collar crime. "However, there is a strong smell of money laundering and other offenses around these transactions."

Pamela Johnston, a partner at Foley & Lardner who specializes in white collar criminal defense, said that it's certainly something prosecutors could look into, but would not be a "slam dunk."

She added: "It's not the nice clean charge you would like as a prosecutor to take to court."