Is Partisan Gerrymandering Legal? Why the Courts Are Divided. 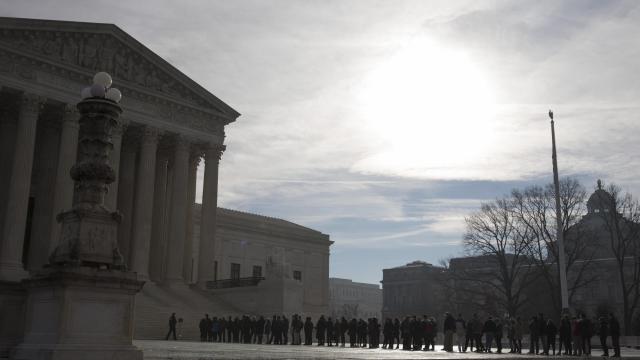 WASHINGTON — On Tuesday, three federal judges in North Carolina threw out the state’s congressional map because it was “motivated by invidious partisan intent.” On Wednesday, another panel of judges in Pennsylvania upheld that state’s map, with one arguing that such a political issue was none of the courts’ business.

The two competing federal rulings in partisan gerrymander cases this week underscore the courts’ angst over even getting involved in political decisions, much less overturning them.

Both rulings are certain to draw the Supreme Court’s interest as it mulls a resolution to the gerrymandering question. The court, with two other redistricting cases before it, is expected this spring to end a decadeslong debate over when and if judges should make decisions that could reshape the country’s political landscape.

“You’re seeing how much turmoil there is now in the lower federal courts, and how many federal judges believe the time has come for the courts to impose substantial limits” on partisan gerrymanders, said Richard H. Pildes, a scholar of the law of democracy at the New York University School of Law.

Experts said that even if the Supreme Court chooses to limit partisan gerrymandering, federal judges are unlikely to force a redrawing of overly partisan maps in the middle of high-stakes midterm races. Legal observers said they believed the courts would put off requiring new maps until after the 2018 elections, or even until the next round of redistricting begins following the 2020 census.

Still, the courts’ increased focus on the issue reflects the proliferation of extreme partisan gerrymanders — maps that do not merely hobble political opponents, but effectively doom them to permanent underrepresentation. And it points to growing concern that two tenets of American democracy — the concepts of majority rule and protecting the rights of minorities — are being supplanted by a third doctrine: the winner takes all.

Only a decade ago, partisan gerrymandering appeared all but a dead legal issue. This week’s rulings underscore its return to center stage in the debate over the health of democracy — and how rapidly demands to rein it in have grown.

Whether the Supreme Court justices agree that gerrymandering needs to be curtailed remains an open question. Experts agree that the court’s four liberal justices are prepared to rein in the practice, and that the crucial question is whether Justice Anthony M. Kennedy, a moderate conservative appointed by President Ronald Reagan, will join them, and even bring another conservative with him.

Kennedy did not tip his hand during oral argument last fall over a Republican-drafted gerrymander of district maps for Wisconsin’s lower house, the state Assembly. A second argument over a Democratic gerrymander in Maryland that erased a Republican-held House seat will be heard this year, and it is possible that the North Carolina or Pennsylvania cases will be considered as well.

The breadth of those cases, with three involving Republican gerrymanders in states that are major federal election battlegrounds, hints at the national political stakes involved in a Supreme Court ruling.

On Thursday, Republican lawmakers in North Carolina urged the panel of appellate judges to stay its ruling while the Supreme Court considered the Wisconsin and Maryland gerrymandering cases.

They argued that there was “an extremely high likelihood” that in one or both of those cases, the high court would rule in ways that would require the judges who were considering any new North Carolina map to “revisit” their decision.

The Republican lawmakers also complained that the appeals court’s timeline threatened to create “mass confusion for voters and candidates” in the midterm elections in the state. Since 2010, when a wave of election victories in state legislatures gave the Republican Party lopsided control of redistricting, the party has cemented its political dominance of the House of Representatives. North Carolina is a classic swing state, narrowly electing a Democratic governor in 2016 even as it narrowly chose Donald Trump for president. But of its 13 House seats, only three are held by Democrats — and that, a Republican legislator said in 2016, was “because I do not believe it’s possible to draw a map with 11 Republicans and two Democrats.”

Democrats have hardly shied from gerrymandering House maps in states like Illinois and Maryland, where they control the levers of government, according to David Wasserman, an editor at the nonpartisan Cook Political Report who tracks House elections. Even so, he said, the larger number of Republican gerrymanders accounts for roughly half the 24-seat advantage the party now holds in the House.

In the Pennsylvania case, challengers showed that the Republican legislature used detailed data on the partisan and ethnic makeup of more than 9,000 voting districts to draw a map in 2011 that has limited Democrats to five of the state’s 18 House seats since then, even though statewide elections tend to split evenly between Republican and Democratic supporters.

The challengers argued that the map was an abuse of what is known as the elections clause in Article 1 of the Constitution, which allows states to set the rules for federal elections. Setting the rules, the plaintiffs said, does not mean twisting them to ensure the defeat of political opponents.

Judge D. Brooks Smith, a Reagan appointee who is the chief judge of the 3rd U.S. Circuit Court of Appeals, rejected that argument. “The framers provided a check on state power within the text of the elections clause,” he wrote, “but it is a political one — action by Congress.” There was no room for the judiciary to enforce a limit of its own, Smith argued.

The other judges on the panel disagreed. Judge Patty Shwartz sided with Smith in rejecting the gerrymandering claim, but flatly rejected the idea that the courts had no role in settling elections-clause disputes. The problem in the Pennsylvania case, she wrote, was that the plaintiffs offered no reasonable standard for determining when a map was in violation.

In a 141-page dissent, the third judge on the panel, Judge Michael M. Baylson, reviewed the evidence and reached another conclusion: the House map, he said, violated long-accepted rules for redistricting, including requirements that districts not be contorted to take in specific groups of voters without good reason.

While the Pennsylvania ruling looked to the past, experts said, the North Carolina decision drew on an explosion of recent research that has begun to change legal minds on the constitutional question of partisan redistricting.

The North Carolina opinion cites an array of work by social scientists and statistical experts that documents new methods of measuring the partisan impact of political boundaries. The opinion draws on fresh historical research to argue that partisan gerrymanders are not an accepted practice that the Founding Fathers chose to overlook, but a clear threat to the checks and balances at the heart of their new government.

Referring to a sheaf of historical research, Judge James A. Wynn of the 4th U.S. Circuit Court of Appeals wrote that the elections clause allowed states to set procedural rules for elections, but did not allow them “to disfavor the interests of supporters of a particular candidate or party in drawing congressional districts.” The panel of judges gave the state’s Republicans two weeks to devise a new map.

Edward B. Foley, a professor and election-law scholar at the Ohio State University Moritz College of Law, suggested that the reliance on new historical and social-science research was not accidental; rather, he said, it was meant win over conservatives on the Supreme Court who have been loath to tinker with past legal precedent or enmesh the court too deeply in political matters.

Those elements of the decision, Foley said, send a message to Supreme Court conservatives. “We don’t know what will carry the day,” he said. “But it might be that Chief Justice Roberts and Justice Alito” — John Roberts and Samuel Alito, both named to the court by President George W. Bush — “will be able to make peace with new jurisprudence because of some of these newer arguments.”