Is love in the air? Museum of Life and Science hopes so as red wolf breeding season begins 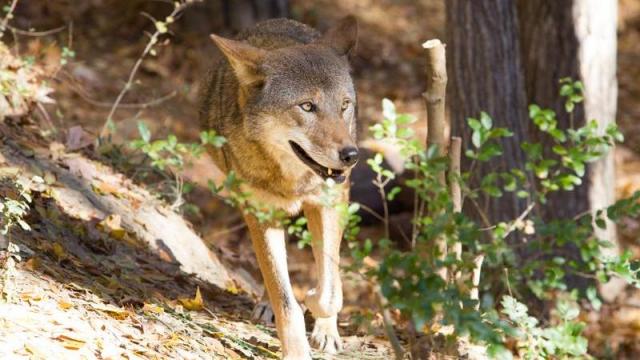 Fun fact: February kicks off red wolf breeding season, which means the folks over at the Museum of Life and Science are hoping that their wolf breeding pair makes another love connection this month.

Why is this so important?

Once a top predator in the southeastern United States, less than 300 red wolves live in the wild and in captivity. According to a 2018 report from the U.S. Fish and Wildlife Service, the only wild population of endangered red wolves is unsustainable and could be wiped out within a decade after dwindling to a few dozen. The review of the species' status estimates that only about 40 wolves remain in the wild in eastern North Carolina, down from a peak of about 120 a decade ago.

The Durham museum has welcomed two litters of red wolf pups in the last two years. More could come in April or May if, you know, there's some romance over there.

So, this month, the Museum of Life and Science is celebrating its red wolves with a social media blitz, special keeper talks and T-shirt fundraising campaign. Check out a couple recent posts on the museum's Facebook page.

The T-shirt fundraising campaign is designed to support its wolf family and the Association of Zoos & Aquariums Red Wolf SAFE Program and are available this month.

Here's hoping for a successful February!