Is Italy’s Prime Minister Looking for a Backup Job? 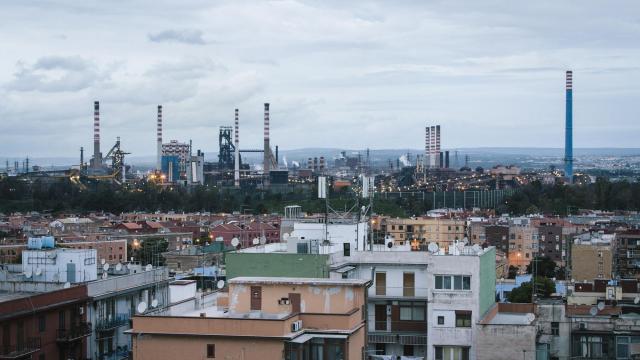 ROME — Giuseppe Conte, finding himself in a traditionally precarious job, sought to avoid putting all his eggs in one professional basket by pursuing a fallback position as a teacher in a Rome university.

The twist: The basket in question is the Italian government. And Conte is its prime minister.

The news this past week that Conte was continuing to pursue a contingency gig — despite having become prime minister of Europe’s fourth largest economy — did not exactly inspire confidence in a populist and anti-establishment government that many here see as a grave threat to the European Union. And Conte’s back-to-school backup plan was only the latest episode in a bumpy few weeks for the governing coalition.

A fatal bridge collapse in Genoa last month has exposed an ideological rift in the coalition between the business-friendly League party, which favors privatization, and the Five Star Movement, which has called for the state to take possession of major infrastructure projects.

On Thursday, Luigi Di Maio, the Five Star leader and the minister of labor and economic development, agreed to a deal to keep open what critics call an environmentally toxic steel plant — after spending years campaigning to close it.

The Five Star Movement had talked about turning the factory into a park or a source of green energy. Instead, Di Maio signed essentially the exact deal brokered by his predecessors in the center-left government led by the Democratic Party to sell the ILVA steel plant in the Puglia region to an Indian billionaire who would keep the plant running.

“A great day for Italian industry and the south,” his predecessor as economic development minister, Carlo Calenda, wrote on Twitter. Calenda added that for two years Di Maio and his party “had it in for and promised to close” the plant, but congratulated them for changing their minds.

Also last week, a hacker broke into Five Star’s most sacred web platform, Rousseau, once again raising questions about the security of a portal used by the political party for internal votes to decide on candidates and policies.

And last week a Genoa court issued a ruling to freeze and confiscate the funds of the League, a party led by Italy’s most powerful politician, Interior Minister Matteo Salvini, as part of a corruption investigation.

Prosecutors have been looking for state funds of 49 million euros (about $57 million) provided to the party between 2008 and 2010, before Salvini took control, that have vanished from its coffers. The decision to approve the freezing of the League’s accounts, which would prevent political expenditures and payroll operations, presents a significant threat to Salvini’s party.

Even critics of the League say the move would represent a remarkable intervention by the judiciary into the nation’s politics.

“This is a decision that can jeopardize the very existence of the League,” said Sergio Fabbrini, a professor of political science and director of the school of government at Luiss university in Rome.

Steve Bannon, President Donald Trump’s former chief strategist, said in an interview that he had told Salvini in a meeting Friday that the investigations were a move by the political establishment to protect itself from the necessary upheaval Salvini promoted. Bannon said Salvini had agreed with him.

But the interior minister may have a way to sidestep prosecutors looking for his party’s missing funds: He could simply change the party’s name.

If the League folded and then regrouped under a different name — “League for Salvini” and “Italians First” have been batted about in the Italian press — it could avoid the court-ordered seizure of funds.

For now, Salvini has said that he will not change the party’s name, that he has hardly given any thought to the issue and that he is concentrating on his job.

But Conte — the prime minister who many here believe is controlled by Salvini and Di Maio — has been focusing on career building of a different kind.

On Thursday, Politico Europe reported that Conte was planning to participate on Monday in a proficiency exam for using English in legal settings as part of a job interview at Sapienza University of Rome. Before being named prime minister this spring, Conte was a little-known law professor with no previous government experience.

In continuing to pursue the job at Sapienza, which he applied for before becoming prime minister, Conte drew criticism from political opponents and good governance advocates who suggested that he was breaking laws blocking top government officials from competing for positions at publicly funded institutions.

Amid the backlash, Conte said in a news conference Thursday night that he would skip the test and would consider taking his name out of the running. “It’s clear that this new role forces me to reconsider,” said Conte, who cited “institutional engagements” preventing his participation in Monday’s exam.

He added that “as a jurist” he did not see any conflict-of-interest issues, and said he found risible the idea that he would need to sit for an English exam despite having conducted top-level meetings in English — including, he said, “having spoken with Trump.”

The government’s political opponents found it laughable, too.

Some former government officials suggested that Conte was already job hunting. Others noted that the prime minister was pursuing a prestigious job at a public university in the same week that Five Star had hired a former television personality — known for using hidden cameras to investigate officials on a satirical show — to root out corruption in the university system’s appointment process.

Former Prime Minister Matteo Renzi, at a party meeting, called Conte “a part-time prime minister” — and added that he was perhaps missing Cabinet meetings because “he was busy studying for a legal English exam these days.”