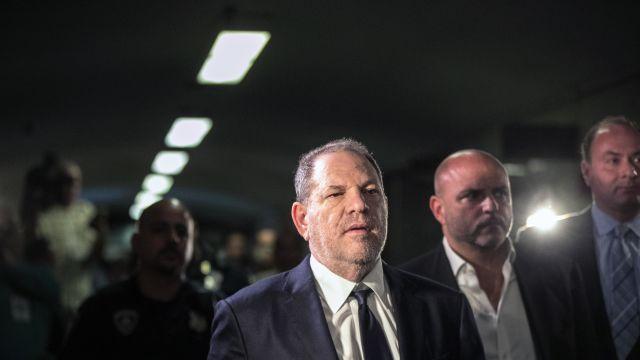 NEW YORK — In a novel decision that could pave the way for other lawsuits, a judge ruled Tuesday that Harvey Weinstein can be sued for violating a federal sex-trafficking statute by a young actress who claims he coerced her to engage in sex acts with him in exchange for a false promise of a movie role.

The judge said the inducement to have sex with the Hollywood producer could fall under the sex-trafficking law, which makes it a crime to entice and force a person to commit a “commercial sex act” in return for something of value.

Weinstein’s lawyers sought to have the suit thrown out. They argued that because nothing of value changed hands, the incident did not fit the definition of sex trafficking. They also contended the suit “would unfairly expand the federal sex trafficking statute to all sexual activity occurring between adults in which one party holds a superior position of power and influence.”

But Judge Robert W. Sweet, of U.S. District Court in Manhattan, is allowing the lawsuit to proceed, noting Congress had intended an expansive definition of commercial sex act when it passed the law in 2003.

The case against Weinstein, while unusual, was not implausible.

Weinstein, a powerful movie producer “had recruited and enticed a young aspiring actress — with the promise of a film role and to use his considerable influence in the entertainment industry on her behalf, knowing that he would use means of force, fraud or coercion to cause her to engage in a sex act,” Sweet wrote.

He rejected Weinstein’s argument that nothing of value was exchanged with Noble.

“For an aspiring actress, meeting a world-renowned film producer carries value, in and of itself,” the judge wrote. “The opportunity, moreover, for the actress to sit down with that producer in a private meeting to review her film reel and discuss a promised film role carries value that is career-making and life-changing. The contention, therefore, that Noble was given nothing of value — that the expectation of a film role, of a modeling meeting, of ‘his people’ being ‘in touch with her’ had no value — does not reflect modern reality.”

Weinstein’s lawyer, Phyllis Kupferstein, said her client would appeal the decision. Even if the suit goes forward, she said, the case has no merit.

“We believe these claims are not legally or factually supported, and ultimately will not be sustained," Kupferstein said in a statement Tuesday.

Noble’s lawyers, who have argued that Weinstein is liable for damages under the law, called the ruling groundbreaking for the #MeToo Movement.

“It construes the federal sex trafficking law broadly, according to its plain language, to hold accountable those individuals, like Harvey Weinstein, who use their power with means of fraud, force or coercion to obtain sex acts from unsuspecting victims,” Noble’s lawyer, Jeff Herman, said in a statement.

Weinstein also faces criminal charges in Manhattan, including two counts of predatory sexual assault based on accusations from three women. He has pleaded not guilty to the charges, and is free on bail. The former movie producer has been accused of sexual harassment or assault by more than 80 women.