Is Half of Oklahoma an Indian Reservation? The Supreme Court Sifts the Merits 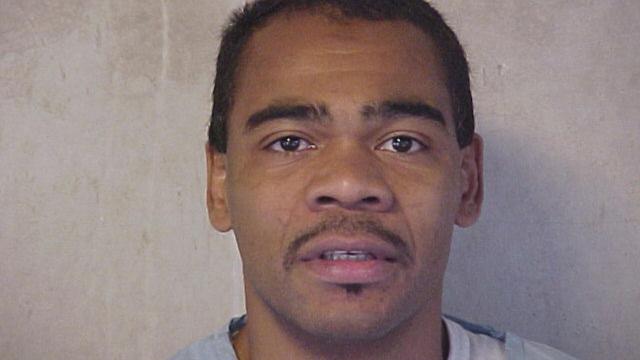 WASHINGTON — The U.S. Supreme Court considered on Tuesday whether much of eastern Oklahoma is an Indian reservation, a question that could have enormous consequences for the area’s 1.8 million residents in matters of criminal justice and commerce.

The argument was made up of equal parts history, much of it dark, and an assessment of the practical implications of a ruling that Congress had never clearly destroyed the sovereignty of the Muscogee (Creek) Nation over the area, covering about half the state.

The case, Carpenter v. Murphy, No. 17-1107, arose from the prosecution in state court of Patrick Murphy, a Creek Indian, for murdering George Jacobs in rural McIntosh County, in east-central Oklahoma.

After he was sentenced to death, it emerged that the murder had taken place on what had, at least at one time, been Indian land. Murphy argued that only the federal government could prosecute him and that a federal law barred the imposition of the death penalty because he was an Indian.

Lisa S. Blatt, a lawyer for the state, said Congress had long ago destroyed the Creek Nation’s authority over the land in question, meaning that the state prosecution was proper.

She listed ways in which the Creek Nation’s authority had been curtailed by the federal government around the time Oklahoma became a state in 1907, incorporating lands that previously had been officially designated as Indian Territory.

“Every piece of paper, record, book, dollar bill or coin or property, their buildings, their furniture, their desks — everything was taken away from the tribes,” she added.

Justice Elena Kagan said that was the wrong way to think about tribal sovereignty. “What you’re suggesting,” she told Blatt, “is that the idea of a reservation is always and necessarily linked to full tribal authority over that land. And that has just never been the case.”

Justice Samuel A. Alito Jr. said that it was a little late to raise the idea that half of Oklahoma is an Indian reservation.

“There’s a fundamental principle of law that derives from Sherlock Holmes, which is the dog that didn’t bark,” he said. “And how can it be that none of this was recognized by anybody or asserted by the Creek Nation, as far as I’m aware, for 100 years?”

Ian H. Gershengorn, a lawyer for Murphy, said the tribe had continued to exercise sovereignty after Oklahoma became a state. “It abolished tribal offices,” he said. “It created the office of executive interpreter and funded it.”

Chief Justice John G. Roberts Jr. was unimpressed. “That’s the best you’ve got?” he asked. “In terms of the ongoing functioning and relationship, the best example you have of the tribe’s continuing authority is hiring an interpreter?”

Other justices were more interested in the consequences of a ruling in Murphy’s favor. Edwin S. Kneedler, a lawyer for the federal government, arguing in favor of Oklahoma, listed what he said were some of them.

“Any crime involving an Indian as a victim or a perpetrator would be subject to federal jurisdiction, not state jurisdiction,” he said. That would, he said, strain the resources of the FBI and federal prosecutors. The state would not be able to impose taxes on Native Americans, he added, and many other ordinary laws could be affected.

“This would be a dramatic change from the way everyone has understood it for the past 100 years,” Kneedler said.

Blatt said a ruling in favor of Murphy could affect many other convictions.

Justice Stephen G. Breyer said he was concerned about the effect of a ruling in favor of Murphy.

“There are 1.8 million people living in this area,” he said. “They have built their lives not necessarily on criminal law but on municipal regulations, property law, dog-related law, thousands of details.”

Riyaz A. Kanji, a lawyer for the Creek Nation, said that state and tribal authorities already cooperate, and that a recalibration of their relationship would not cause major disruptions. “There will not be turmoil,” he said.