Is distracted driving as dangerous as drunk driving? 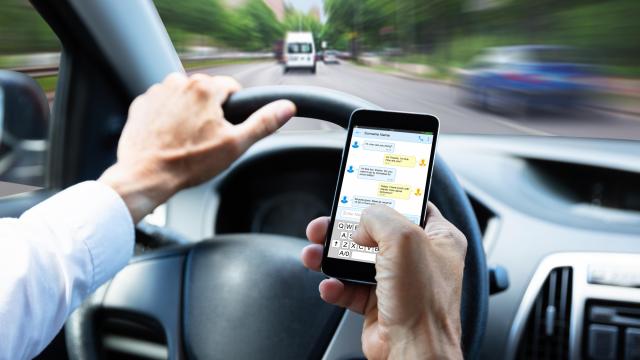 Driving without distractions hasn't been an easy task since the invention of the automobile. With other reckless drivers to avoid, children in the back seat firing off complaints and mental lists of to-dos barring drivers from devoting full attention to the road, our minds simply wander.

In modern times, the smartphone and car technology — like navigation systems and advanced radios — heighten the challenge even more.

As the number of distracted driving-related incidents increases in the United States, so do indictments of drivers who, in some cases, took a quick glance at their cell phone or GPS sometimes leading to the injury, or death, of another.

"North Carolina doesn't have a law that specifically says distracted driving is illegal," Riddle said. "It does have laws that speak to actions that are the equivalent of distracted driving. For example, texting while driving, or working on your cell phone by sending and reading messages while the car is in motion. Those are illegal."

Riddle said the majority of distracted driving cases that come through his firm's doors are smartphone-related. This is in line with figures from the United States Department of Transportation, which reported 14 percent of all fatal distraction-affected crashes involved cell phone use in 2017. Sixteen percent of all distracted drivers using cell phones in 2017 were 15 to 19 year old.

"Whether it's talking on the phone, reading messages or attempting to text, it's an extremely dangerous piece of equipment in the car," Riddle said. "Hands-free, I don't have as big of an issue with; but you still have to be diligent and careful because part of your attention is directed at something other than the road."

Individuals and families who are victims of distracted driving accidents should seek an attorney for help, as these cases can present complex issues. For example, proving the other driver was distracted and negligent requires substantial evidence. An experienced law firm will have staff that carry out timely investigations and gather details that can change the course of the case.

Dail Owens, senior investigator at Riddle & Brantley, retired after 26 years as a highway patrolman to leverage his experience for the firm. Whether an accident happens in the middle of the week or on a weekend, Owens attempts to get to the scene as soon as possible to preserve critical evidence that could impact the outcome of the case. Investigations can last several weeks to several years, and should take place as soon as possible after the incident.

"I do everything from take pictures of intersections and wreck scenes, to interviewing clients and witnesses," Owens said.

Lawyers can help in other ways beyond gathering data. An experienced attorney will guide you in recalling crucial details of the incident, like if there were witnesses present who admitted to seeing one driver holding a phone and if the driver at fault admitted they were on their phone prior to impact. While the story may change when the police arrive, the plaintiff can use the admission in court.

Legal assistance for distracted driving victims is even more crucial in states like North Carolina, one of the five jurisdictions in the U.S. that has contributory negligence. In most states, the at-fault driver will pay for injuries and damages caused, but states with contributory negligence operate under a system that says if your actions contributed in any way to the collision, you are barred from recovery.

"It works like this: If my client is in an accident and the other driver is at fault for the accident, but the other driver can successfully claim that my client contributed in any way to the accident, then that would be contributory negligence," Riddle explained. "For example, if I take a sheet of paper that represents 100 percent of the cause of an accident and tear off a little bit of that paper, then the other side can claim that they're not at fault."

Riddle said contributory negligence is a common defense to his clients' claims, but the defendant is tasked with proof before a judge or jury.

While Riddle and his team have handled dozens of distracted driving cases, Riddle said one case stands out more than any other. It involved a 16-year-old girl who was hit and killed by a tractor trailer as she proceeded through a green light.

"The father of the little girl called me on Saturday morning at home, and we began investigating the accident that afternoon, calling witnesses and the trooper. An accident reconstructionist was involved immediately," Riddle recalled.

Attorneys were able to prove the young girl had the green light and persuaded the District Attorney's office to charge the driver with misdemeanor death by motor vehicle. Emphasizing the grief that can occur from fatal distracted driving accidents, Riddle said the wins seemed trivial.

"The justice we got wasn't only compensation. No matter how much you can get for the loss of a child, it's insignificant," Riddle said. "We were instrumental in getting charges against the person who killed this little girl, and that case I'll never forget."