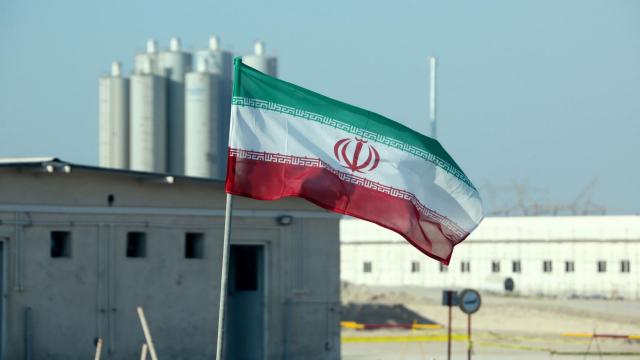 CNN — Iran has restarted uranium enrichment toward a 20% target at its Fordow nuclear facility, a government spokesman said on Monday, according to the semi-official news agency Mehr and state news agency IRNA.

The resumption of the enrichment process would breach the nuclear deal negotiated between Iran and the international community, implemented in 2016, that froze Iran's nuclear program in return for a progressive lifting of international sanctions.

Iran currently enriches its uranium stockpile up to around 4.5%, which is above the 3.67% cap imposed by the 2015 nuclear deal, but far short of the 90% that is considered weapons-grade. Iran has continually denied its intent to assemble nuclear weapons.

The country had informed the International Atomic Energy Agency (IAEA) of its intent to continue enriching uranium at 20%, IAEA spokesman Fredrik Dahl told CNN on Friday.

The ramp-up provides a challenge for US President-elect Joe Biden, who has pledged to revive the pact when he takes office. President Donald Trump walked away from the joint agreement in 2018, instead restarting sanctions on the Iranian regime.

Iranian government spokesman Ali Rabiei said Monday that the country started the enrichment process a "couple of hours ago" in the Fordow site, noting that the first UF6 enriched uranium will be produced in a few hours, IRNA said.

IRNA added, citing Rabiei, that all the necessary measures, such as informing the IAEA, have been taken.

Last month, Iran's parliament passed a bill that would boost uranium enrichment to pre-2015 levels and block nuclear inspections if sanctions are not lifted, in the wake of the assassination of a top nuclear scientist.

"The law obliges the Atomic Energy Organization of Iran to produce at least 120 kg of 20% enriched uranium annually and store it inside the country," the Mehr news agency reported.

Iranian president Hassan Rouhani said in January 2020 that Iran was enriching more uranium than before the deal was signed, and in March the UN found that the country had nearly tripled its stockpile in a matter of months.

Iran's government has repeatedly called on the US to restore the agreement that Trump withdrew from in 2018.

"Reporting indicates that the South Korean flagged Chemical Tanker HANKUK CHEMI (IMO:9232369) has likely been detained by Iranian forces in the Straits of Hormuz while inbound to Fujairah," Dryad Global said.

It added that 23 crew members were on board.

The United Kingdom Maritime Trade Operations (UKMTO), which is part of Britain's Royal Navy, said an "interaction occurred" within the Strait of Hormuz between a merchant vessel and Iranian authorities, pushing the vessel to make "an alteration of course into Iranian territorial waters."

Iran said the vessel was seized for "creating environmental and chemical pollution in the Persian Gulf," semi-official news agency Tasnim said. The vessel has been seized by the IRGC Navy, according to Iran's semi-official Mehr news agency.

CNN has reached out to the South Korean government for a comment.