Investors worth $2.1 trillion call for full repeal of N.C.'s HB2 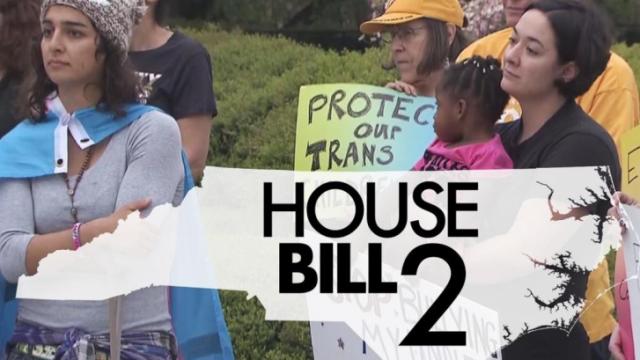 Investors representing $2.1 Trillion in collective assets under management are calling for a full repeal of North Carolina’s notorious House Bill 2. The bill overturns municipal non-discrimination protections for lesbian, gay, bisexual, and transgender (LGBT) people and prohibits transgender people from using restrooms consistent with their gender identity. Not only does the bill invalidate the human rights of individuals across the state, but it also has troubling financial implications for the investment climate in North Carolina.

The 58 signatories (see accompanying letter), representing a wide swath of the investor community, believe that equality is fundamental to a successful workplace and community. As long-term investors in companies doing business in North Carolina, the signatories are concerned that HB2 is making it difficult for portfolio companies to provide the safe, open, and inclusive environment necessary for a successful workplace. According to Out Leadership and the Williams Institute, more than $40 million in business investment had already been withdrawn from the state by May, and far more is at risk in future private equity deals and municipal bond issuance.

“As long-term investors, we can’t sit idly by as HB2 undermines fundamental human rights at our expense,” New York City Comptroller Scott M. Stringer said. “For the last 25 years, New York City’s pension funds have pushed more than 100 companies to enact non-discrimination policies that protect LGBTQ individuals and ensure they attract, retain, and promote the best and the brightest. These policies are essential if we want companies – and our economy – to succeed, and we can’t let a hate-filled law get in the way.”

Nearly 93 percent of the Fortune 500 have adopted inclusive non-discrimination policies protecting their employees on the basis of sexual orientation, and 75 percent of the Fortune 500 also include gender identity and expression in order to better position themselves to attract and retain the best talent. Research has shown that LGBT-supportive policies lead to positive business outcomes, lower staff turnover, and increased job satisfaction. Just this year, a Credit Suisse report found that companies with strong policies on LGBT protections financially outperform those that do not.

“North Carolina has written discrimination into state law,” stated Trillium CEO Matthew Patsky. “The unintended consequence has been a backlash that is having material, negative impact on the economy of the state. HB2 must be repealed immediately before this damage becomes irreversible,” He continued: “There’s no question whatsoever that corporate and public policies that celebrate and strengthen diversity and inclusivity of all people are good for society and good for business.”

HB2 has received extraordinary public condemnation and has led to federal civil rights lawsuits, travel bans by dozens of state and local governments, and opposition from hundreds of companies. Internationally, the United Kingdom issued a travel advisory directed at their LGBT citizens visiting North Carolina while the European Union criticized HB2 as a contravention of the International Covenant on Civil and Political Rights.

"Simply put, House Bill 2 is making it harder to finance businesses and get deals done in North Carolina," stated Dr. Joshua Humphreys, president and senior fellow of Croatan Institute. "This diverse group of investors has therefore come together to call for a full repeal of HB2 -- before the investment climate in our state deteriorates further."

“States and countries can either have modern economies driven by knowledge industries like technology, financial services, and pharmaceuticals, or they can discriminate against LGBT people,” said Todd Sears, Founder and Principal of Out Leadership. “North Carolina can’t have it both ways.”

As investors in companies that employ thousands of people across the state, the signatories to this statement are united in calling for a full repeal of HB2. By taking this positive step, North Carolina would assert itself as an inclusive and competitive place for businesses and investors alike.

BACKGROUND:
Founded in 1982, Trillium Asset Management is an investment management firm with over $2 billion in assets under management. Trillium integrates Environmental, Social, and Governance (ESG) factors into the investment process as a way to seek to identify companies better positioned to deliver strong, long-term performance. Trillium has a long history of managing equity and fixed income portfolios for individuals, foundations, endowments, religious organizations, and other non-profits. A leader in shareholder advocacy and public policy work, Trillium leverages the power of stock ownership to promote social and environmental change while providing both impact and performance to our investors.

Croatan Institute is an independent nonprofit research institute, working at the critical nexus where finance, environmental sustainability, and social equity intersect. Based in the Research Triangle of North Carolina with an extended team of affiliates in Boston, New York, San Francisco, and Geneva, the Institute provides rigorous research and analysis to support strategic decision-making by organizations and practitioners in the field.