Insurers working to get breast pumps to new moms on time 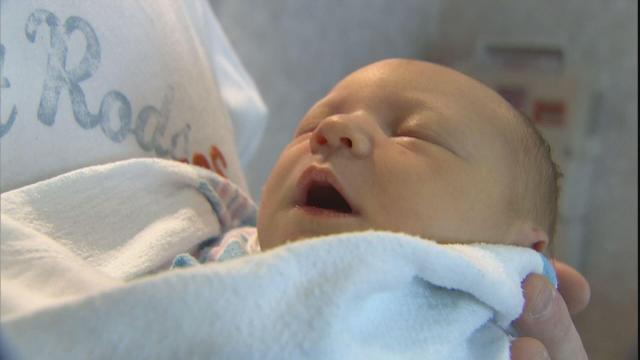 Are you or someone you know expecting a baby?

More women are learning that federal healthcare reform now covers the cost of purchasing or renting a breast pump for insured patients. But there's been a nationwide shortage of that benefit.

5 On Your Side first reported the issue in early January. A viewer contacted us about the shortage and we brought the issue to the attention of one of the state's largest health insurance companies, Blue Cross Blue Shield of North Carolina.

We followed up with them and another big insurer in North Carolina, United Healthcare, to see where things stand now.

Like many insurance companies, Blue Cross Blue Shield of North Carolina requires subscribers to get the breast pump through specific vendors.
Locally for Blue Cross, those vendors are Edgepark and Apria.

When the benefit first kicked in in January, both said they couldn't fill orders because of a nationwide shortage of pumps. Stores had plenty, just not the vendors. Because the benefit had just started, they weren't sure what to stock.

The law does not specify what types of pumps are covered – the less expensive manual pump or the more efficient double electric type.

5 On Your Side has also learned that pumps are only available after the baby arrives.

A new message now appears on Edgepark's website, saying they are now processing all orders by phone.

United Healthcare told us vendors anticipate some supply issues over the next several months, and that they're working with them to ensure a timely delivery to new moms.

Their advice, like Blue Cross Blue Shield's, is that expectant moms should wait until they're very close to their due date before calling to order.
And know that supplies and options may be limited for a while.

Another note, the more than 600,000 employees covered by the State Health Insurance Plan do not qualify for the benefit, for now.

That plan is considered grandfathered, which means it meets certain criteria to exclude some benefits of the Affordable Care Act.