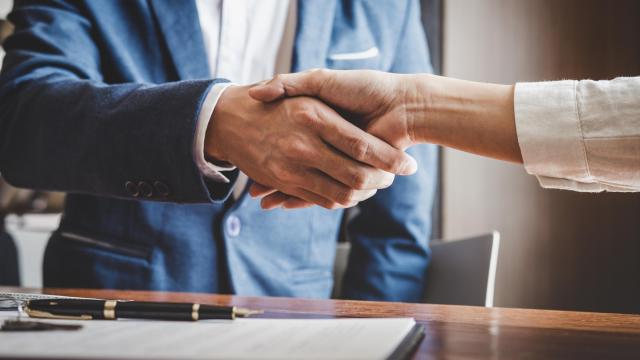 Insurance agents and insurance adjusters aren't one in the same and if you've been in an automobile accident, this is something you'd be wise to know.

An insurance agent is someone who sells you insurance. They are licensed by the state and typically employed by an insurance company to sell insurance policies on behalf of the company, of which they receive a commission.

Insurance agents are usually your first point of contact when you are enrolling in a policy for automobile insurance, for example, and who you talk to when you have a question about your policy. You've probably seen the role of an insurance agent portrayed in a commercial on television.

On the other hand, an insurance adjuster is someone who investigates, analyzes and then determines the insurance company's liability. Also known as a claims adjuster, the adjuster's job is to help settle claims when it comes to personal injury, casualty, property loss, or damages.

An Adjuster Will Handle Your Insurance Claim

If you've been involved in a car accident, it's important to note that an insurance adjuster, not your agent, will be handling your claim.

"A lot of people get confused because when they typically deal with insurance, they're usually dealing with the person that has sold them insurance — an agent. An agent-client dynamic is more of a customer service based relationship," explained Ben Whitley, a partner at Whitley Law Firm in Raleigh who primarily works with personal injury clients. "When someone has been in an accident, they will typically deal with an insurance adjuster whose job is to save the insurance company money and adjust claims."

While an insurance agent's job is to offer products and services from the insurance company that best fit their client's needs, an insurance adjuster prioritizes the company's best interests.

After you've been in a car accident you will have to speak with someone from the insurance company to file your claim. Whitley warned that an adjuster could ask you questions about your medical history, what expenses you have, what injuries you have and more. When navigating this line of questioning it's imperative to make sure that you don't answer anything, even unknowingly, in a way that could threaten your claim.

For example, if an adjuster asks you if you suffered any pain from the accident and you respond in the affirmative, the adjuster could ask a follow-up question about when the pain started.

If you say, "A couple of days after the crash," the insurance company could argue that the crash isn't what caused your pain and, instead, that it was your desk job. All of a sudden, you've lost your leverage and are out of a claim.

"There's often an adversarial relationship between an insurance adjuster and the person who is seeking the claim, versus an agent who has a customer service relationship," Whitley emphasized. "Many times clients will call us after being in an accident to tell us that they 'just talked to their agent,' but nine times out of 10, they've spoken with an adjuster. Adjusters are looking out for the insurance company first and foremost."

Since, North Carolina is a contributory negligence state, this means that even if you are found partially at fault for an accident, you are not entitled to compensation or restitution for injuries or damage.

"My advice is to just be careful with what you share with an insurance adjuster — you could end up talking yourself right out of a claim," Whitley advised.

While it isn't always possible to delay speaking with an insurance adjuster after you've been in a crash, Whitley suggested getting a free consultation with an attorney if you're able to seek out legal counsel before speaking with an adjuster.

He added,"Recognize who you're talking to and stick with only the facts — don't give opinions or guess on anything such as time, speed or distance."

If you've been in a car accident and are having trouble filing a claim, an experienced attorney can help you get the compensation you deserve.