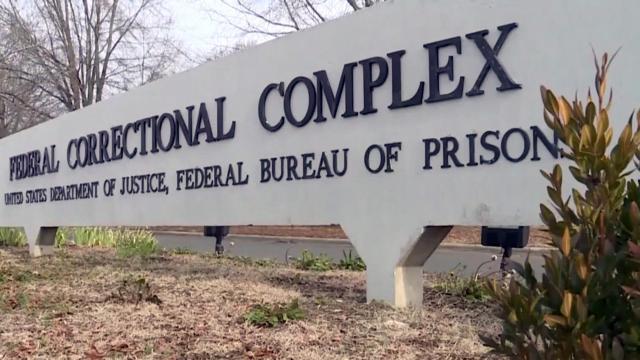 Butner, N.C. — The federal prison complex at Butner has been ravaged by coronavirus over the past year, with hundreds of inmates and staff infected and dozens dead from the virus.

A report released Thursday by the U.S. Department of Justice's Office of the Inspector General found that staff at the prison didn't follow federal Bureau of Prisons guidelines for quarantining inmates and also didn't routinely change their masks when moving from areas with infected inmates to sectors where inmates weren't infected.

The report notes that quarantine guidelines were followed early in the pandemic, but as the virus spread inside the prison, that became more difficult. The dormitory-style layout of the buildings and the communal bathrooms made it hard to limit gatherings and enforce distancing among inmates, the report states.

Prison officials were slow to conduct mass testing of inmates in some of the facilities, according to the report, and staffing shortages also posed a problem, with staff shifting between areas that housed infected inmates and those with other inmates.

"While FCC Butner attempted to limit staff movements in response to BOP guidance, according to FCC Butner officials, COVID-19-related staff absences made it impossible to assign staff to only one facility," the report states.

During those moves, staff often would fail to change out their N95 masks, the report notes, and some infected inmates weren't provided appropriate masks.

"As a result, staff and inmates at Butner may have been at an increased risk for exposure to COVID-19 due to cross-contamination," the report states.

Inspectors also said more inmates could have been released to home confinement to help improve distancing inside the prison and limit the spread of the virus. A Butner official said that many inmates had high recidivism risk scores or were sex offenders and therefore did not meet home confinement eligibility.

In his response to the report, Bureau of Prisons Gene Beasley insisted that Butner complied with quarantine guidelines, tried to restrict staff to certain prison units to prevent cross-contamination and tried to "optimize the supply" of N95 masks, which were in short supply early in the pandemic.