Inside the battle between the BBC and China 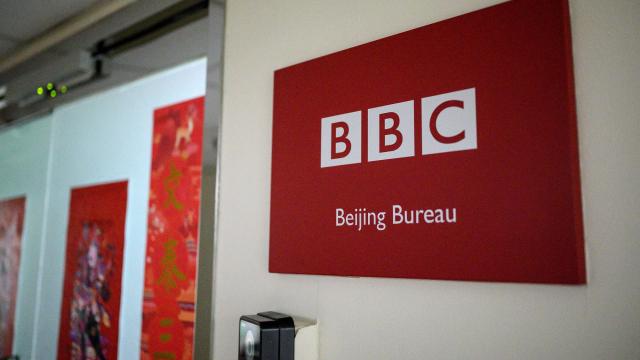 CNN — China banned BBC World News from airing in the country, according to a statement China's National Radio and Television Administration released last week. The BBC says China is doing a disservice to its citizens.

"China is taking its place on a very short list of countries alongside North Korea and Iran that explicitly and totally blocked BBC News coverage," Jamie Angus, the director of BBC World Service Group, said on "Reliable Sources" Sunday.

China doesn't belong on that list, Angus said, adding, "Chinese people are very outward looking. They want to understand international news from around the world, but crucially, they want to see how their own country is being reported by the BBC."

Angus told CNN's Chief Media Correspondent Brian Stelter that it's "not acceptable for them to be completely blocked from access to BBC news outlets."

In a statement, China's NRTA claimed BBC World News had broadcast reports on China that "infringed the principles of truthfulness and impartiality in journalism."

The BBC has shed light on the turmoil in the country, reporting that women have been systematically raped, sexually abused, and tortured at camps in the western region of Xinjiang. And the US State Department estimates that up to 2 million Uyghurs and members of other Muslim minorities have allegedly been put into internment camps.

Beijing has long defended the crackdown in Xinjiang as necessary to tackle extremism and terrorism.

But some people in China are still trying to find ways around the ban. "Of course you can always access BBC digital services with some kind of VPN setup," Angus told Stelter Sunday. But China is making that harder for people to do and access to BBC digital services in English and Mandarin have been increasingly blocked over the last 18 months.

"It is so revealing when countries try to block out real news coverage, as is the case with with the BBC in China," Stelter said.

—CNN's Philip Wang and Jonny Hallam contributed to this report.