Raleigh, N.C. — An inmate who escaped Central Prison in Raleigh on Friday was captured and taken into custody Friday evening in the Spring Lake area of Cumberland County.

Houser was being held in the Cumberland County Jail. Central Prison officials were scheduled to transport Houser back to Raleigh sometime Friday night.

Raleigh police and other law enforcement began the search for Houser, who escaped Central Prison sometime Friday afternoon. Wright wrote on Facebook around 6:30 p.m. on Friday that Houser stole a "Simply 1 Electric" truck after he escaped.

The stolen vehicle was equipped with OnStar, and officials said the service was used to stop the vehicle. Houser was found and taken into custody a short time later.

Earlier Friday, WRAL's Leslie Moreno spoke with a witness who said he saw Houser jump into the truck and drive away.

Officials from Central Prison said Houser was at the prison as a “safekeeper” at the request of Cumberland County authorities. WRAL's Gilbert Baez reports Houser was a suspect in the death of an infant. He was initially charged with child abuse. The child died the next day and charges were upgraded.

Court records indicate the incident happened on June 26 in Cumberland County. Wright confirmed to WRAL the infant who died was Houser's child. 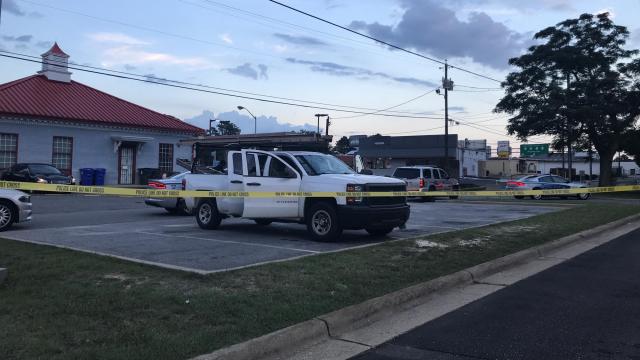 Central Prison officials indicate a safekeeper is an offender who is temporarily housed at a state prison facility pre-trial. County jails request the state take in safekeepers for a variety of reasons to include treatment for mental or physical health reasons, or to avoid housing co-defendants together or if the individual’s safety has been threatened.

Searching the WRAL archives, there was only one other escape recorded, when two inmates escaped in 1994 by sliding down a trash chute.