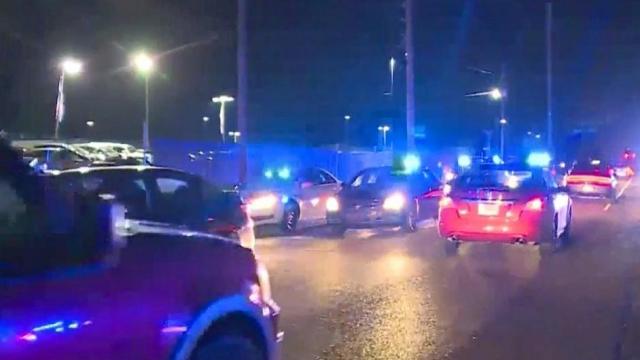 Center Point, Ala. — Several people, including an infant and a pregnant woman, were injured Saturday in a shooting in a church parking lot in Alabama.

The church, located in Jefferson County in Center Point, was hosting a carnival at the time of the incident, officials said.

Four people were shot, including an infant. A pregnant woman was also injured after she was knocked down by people running from the gunfire. All of the victims are expected to be okay.

Five people are in custody, officials said, but no additional information has been released.